Occasional use is not the problem. Trouble increases dramatically, however, with heavier use. 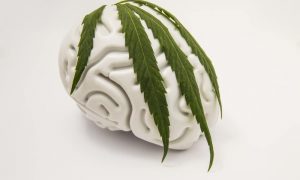 To which I have to respond: did you expect it wouldn’t?

The study pulled data from nationwide surveys and used it to analyze trends in the first four states where recreational cannabis was legalized ( Colorado and Washington beginning 2014; Oregon 2015; and Alaska 2016). The idea was to see if there had been significant changes in patterns of use and in related problems in the aftermath of the new law.

“Although occasional marijuana use is not associated with substantial problems, long-term, heavy use is linked to psychological and physical health concerns, lower educational attainment, decline in social class, unemployment, and motor vehicle crashes.”

That’s comparable to what we experienced with alcohol. Problems can increase dramatically with heavier use, especially over time.

The researchers divided their subjects by key characteristics– had used in past 30 days; had used 20+ days in past month; met criteria for Cannabis Use Disorder (CUD) in the past year– and also by age cohort: 12 to 17, 18 to 25, 26 and up.

Among other things, they learned that:

Of course, age restrictions were still in place for adolescents, so marijuana and THC products remained outside the law after legalization. That didn’t stop kids from experimenting with pot, often well before they were legally old enough. But it might help explain the lack of change among 12-17 year olds.

Adults, on the other hand, freed from such restrictions, appear to have increased their use, with a rising number in the “daily or near-daily use” category. For many, that led to problems.

The researchers had some thoughts about the results for 18-25 year olds. From the article:

“This is the age where people take risks. …People don’t have a lot of responsibilities. They don’t yet have a family or a stable job. So perhaps at this age, legal limits don’t matter so much — particularly for a drug like marijuana, which is more socially accepted.”

In other words, they were already using marijuana for fun, regardless of the law. That fits my experience.  Among college-age and grad school students, pot smoking has long been accepted. I’d compare it to underage drinking (sure, that’s against the law, boss. Heh-heh).

By the way, the term “recreational use” rankles many in the addictions field. It’s intended simply to differentiate medical from non-medical cannabis use, but has the effect of placing drug use in a category with Yahtzee and Frisbee tournaments.

Studies using survey data are subject to the limitations inherent in self-report. They do provide valuable indicators of trends to come. Based on this, I’d predict a couple of things are in store for treatment professionals.

It’s analogous to the drinker who insists he can still drink beer, it’s just that darn vodka he needs to avoid.