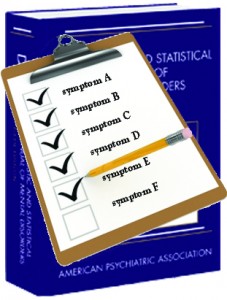 This article describes the author’s experience tapering off antidepressants after a long period of dependence on the medication.  That’s a fairly hot topic at the moment, in view of how far overboard America went in the rush of enthusiasm for this new and exciting class of drugs, including Prozac and Zoloft. The writer happened to describe himself in his account as addicted, and promptly got jumped on for it. Dependent, sure, his critics maintained. But he was never addicted.

It can be confusing. Most of us were brought up to think of addiction in terms of the painful withdrawal syndrome that makes quitting such a challenge. But in recent years, the behavioral health field has begun to view that as dependence rather than addiction.

One reason for the shift: users of stimulants such as cocaine and methamphetamine do not seem to experience the intense, short-term withdrawal typical of opioids or alcohol. Heroin withdrawal, for instance, is often compared to a bad case of flu. Yet cocaine and meth users do exhibit all the other key characteristics of addiction. I’m speaking of powerful craving for the drug, loss of control over when and how it’s used, and a pronounced tendency to continue using despite the problems it causes them and everybody else.

So in that respect, they have to be considered addicted — in spades.

To accommodate this difference, addictionologists changed their definitions. Nowadays it’s possible to be addicted without being physically dependent, as well as physically dependent without qualifying as addicted. DSM5 allows for both, so it’s not really an issue in diagnosis. But it’s still a source of cognitive dissonance for lay people, since unlike psychiatrists, they don’t get together and revise their thinking every decade or two.

With alcohol at least, I’ve seen cases where physical dependence appears to exist without the obvious other signs of addiction. Longterm maintenance drinkers, for instance, who eventually wind up in the hospital for a variety of illnesses as they age. They’re usually surprised at this turn of events. “Yeah, I was a heavy drinker,” they insist. “I never denied that. But I’m no alcoholic.”

Only they are — just not in a way that fits their fondly-held picture of alcoholism. I do wonder if their experience represents heavy drinking that eventually becomes alcoholism, or were they alcoholic from early in their drinking career — but progressing slowly, beneath their awareness, until it reached a point where its impact is sufficient to motivate change?

It’s a distinction that could make a difference in the way we prevent and treat the disease.