I compare it to finding someone lying on the sidewalk, helping them up, brushing them off, and pushing them down again.

“You don’t see much motivation or insight. But I guess that’s why they have to be compelled in the first place, right?” 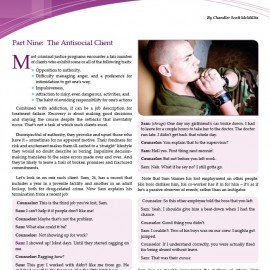 Their fondness for risk and excitement makes them ill-suited to a ‘straight’ lifestyle they would no doubt describe as boring.

Even the most recalcitrant drinker can appreciate the desirability of avoiding still more consequences. It’s a side door around some of the alcoholic’s denial. 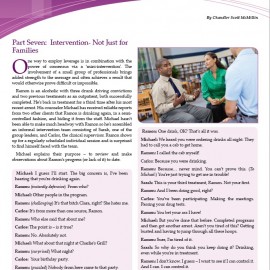 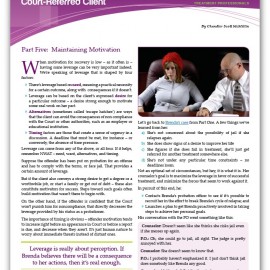 But if the client also conveys a strong desire to get a degree or a worthwhile job, or start a family or get out of debt – these also constitute motivators for success.