Psychological theories that may be of great interest to professionals can seem like messages from Pluto to a rehab patient. 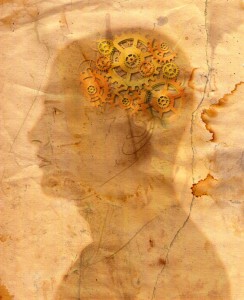 Patient education is a big part of successful treatment for any chronic disease — be it addictions or a mental health disorder, or a medical problem such as diabetes or heart disease. The trick is to make education interesting and informative, and to do what you can to increase the likelihood that valuable key information will be retained.

There’s an added challenge with addictions patients because your audience may be experiencing attention and memory problems that interfere with absorbing much new information.

It helps to think of retention as involving three processes:

In addiction patients, the second step is often where the process breaks down.

The practical effect: The patient is able to comprehend the information but after an intervening period of distraction (say, the gap between breakfast and dinner) finds himself unable to retrieve it.

We minimize the impact of these barriers with a few simple tactics.

How do you make patient education work better?

The first tip: simplify it. Our goal should be to clarify information so that almost anybody can understand it . AA’s Big Book was supposedly written at a fifth grade reading level — a genuinely smart move. That doesn’t mean AA members won’t argue about its meaning (they do).

Next, make it relevant to the patient’s experience. A colleague tells a wonderful story about lecturing to a group of patients on Maslow’s hierarchy of needs. One raised his hand: “what does this have to do with not drinking alcohol?” Answer: apparently, not enough. Psychological theories that may be of great interest to professionals can seem like messages from Pluto to a rehab patient.

Avoid unnecessary jargon. It’s confusing. Where jargon is unavoidable, stop and teach its meaning. Once clarified and understood, terms like ‘spiritual experience’ or ‘cellular adaptation’ make a pretty good memory device. Few people who purchase ‘gluten-free’ bread can explain what gluten is or precisely why it should be avoided. But they know what to look for on a label.

Include key concepts and principles. Usually these come in the form of rules, steps, etc., that somebody can turn into a refrigerator magnet or screen saver. The message being: “What you are seeing is important. Pay attention to this.”

Repeat those key concepts. Preferably at the beginning and end of any patient education session. That’s when retention goes up. Acronyms are always popular but can be confusing. SLIP (Sobriety Loses Its Priority) is helpful because it incorporates a term that’s already familiar to the audience. But you don’t need an acronym for the sake of having one. That’s like those incomprehensible letter jumbles in government policy manuals.

Use the power of association. This is as important as repetition. We remember by associating the unfamiliar with the familiar. One memory expert introduces a new term and asks students to picture it as an object (rather than a word) with its own peculiar shape, color, and size, sitting on the bedside table at home. It sounds odd, but by exaggerating the image, even to a ridiculous extent, and grafting it on a familiar setting, we increase the chances of later recall.

Ask the audience to take notes. Note-taking acts as a ‘second reinforcer’ for new information and makes the listener a student rather than a passive recipient. Patient education is a ‘school for success.’

A reminder: what entertains the audience may not result in learning. We need to be interesting and engaging, but entertainment is best left to the movies. Also, don’t read from a script in a boring monotone. This is not hypno-learning.

Know your material. If you don’t understand it, neither will your audience. Hint: if you don’t know the material well enough, learn it.

Tell stories. Data is great, but most of us learn through helpful anecdotes. You can find them in your own experience or that of others. I often explain the drug-seeking behavior of detox patients to groups of nurses with stories about my cat. “In all the years he’s never missed a single meal,” I note. “Nevertheless, he remains convinced that today is the day.”

Answer questions in practical terms. A young patient asked me why he couldn’t continue smoking pot. He understood why he couldn’t have opiates or alcohol or cocaine, but he’d never had a problem with marijuana. His doctor gave him an explanation involving complex brain chemistry, which he rejected. This is how I explained it: “Because one night you’ll be sitting around with some friends smoking dope and one of them will pull out a bottle and pass it around, and you’ll drink some before you even realize what you’re doing.” His response: “Ok, that makes sense.”

Don’t confuse the issue with too many viewpoints. Avoid a lot of contradictory information, no matter how valid. One friend had been off cigarettes for a week when he heard a lecturer observe that most smokers relapsed multiple times. My friend’s confused addict brain interpreted that as a signal to go ahead and get yet another relapse out of the way.

Good patient education is most helpful in the initial stages of recovery and therefore usually has to be fundamental in nature. The trick lies in how it’s presented.

By the way, if you still feel the need for an acronym, try SRJKRANMPC. I’m told that’s a village somewhere in the remote Himalayas.

Great points, thank you. Here is a tip I’ve learned the hard way. For tobacco dependent people in programs where there are regular smoke breaks, the withdrawal and/or pre-occupation with that next smoke interferes with attention and engagement as that time draws near.

Great points, especially liked “taking notes.” I am doing a workshop this weekend and I think that notes are key. I like how you say to “ask.” In the past I have forgotten to ask. I still review old notes from sessions and I still learn from them. Thank you, Lisa