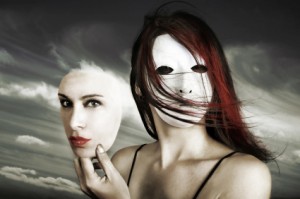 When You Love a Shapeshifter, Part 3

The drugs or alcohol have turned someone you love into a monster. How can we turn them back?

If you’re involved with an alcoholic or drug addict, you probably spend a fair amount of time trying to figure out “how to get her or him into treatment.” “Why won’t they get help?” we think, knowing how miserable the addict or alcoholic is.

Good question, but it’s not the right question. Push that question a few degrees to another angle, and make it “What’s helping my addict/alcoholic avoid treatment?” Because the real mystery is how people get so deeply involved in a potentially fatal disease without confronting their need to get help.

We’ve identified three powerful factors. Two of them, we cover in detail elsewhere on this website:

The most important factor, though, is the simplest: The addict successfully evades treatment because in spite of the problems their drinking or using creates, they get away with it. How? Well, they work hard at it, of course, but more importantly, other people help them. Here’s an example:

Maida’s husband was severely alcoholic. He managed to avoid drinking during working hours, but he was going through a quart of vodka or more each day when he got home. He’d drink to passing out, every night. And at the same time, he’d smoke. Maida told us she couldn’t ever leave him alone, because her “greatest fear” was that he’d set fire to himself. She described the elaborate precautions she took to prevent this, sitting with him every night while he drank himself insensible, and grabbing the burning cigarettes in danger of falling. What a great life for her.”

So, why wasn’t Maida’s husband in treatment? He wasn’t motivated. Why not? His drinking hadn’t yet produced serious consequences. Why not? Maida was willing to work overtime to prevent them from happening. If Maida were kidnapped by aliens, how long would it take before he had problems severe enough to shake his denial? One night. Setting yourself on fire is a pretty severe consequence.

The point here isn’t whether Maida was “doing the wrong thing.” It’s an easy trap to fall into, and we might have done the same. But what she was doing to “protect him from harm” directly contributed to his ability to drink himself to death in blissful ignorance.

This kind of action enables the addict or alcoholic to avoid experiencing consequences, admitting their problems, and seeking help, so it’s become known as “enabling.” There’s been some pressure to find another name for it, because some less-than-helpful stigma and blame have become attached to the word, and it’s sometimes used judgmentally, as an accusation against people who love alcoholics. Nevertheless, it’s an accurate description of the behavior.

People who enable addicts don’t do it because they’re stupid, or malicious. The bosses, spouses, employees, children, co-workers, friends, social workers, teachers, and others who enable are rarely even aware that they’re doing so. They don’t realize how effectively their actions are undermining their own goal: getting the addict into treatment.

They may be vocal critics of the drinking or using. They may educate themselves about symptoms, consult experts, explore options— they want to help the addict quit, yet when the crisis is at hand, they act to protect them from the pain of drinking/drug use. And thereby decrease their motivation to change.

Why? A whole lot of reasons:

Whether a person engages in enabling behavior from selfless motives or selfish ones, by protecting the addict from experiencing one kind of pain, they’re exposing them to another, more dangerous risk: Death by addictive disease.

That’s what should really be our greatest fear. And we can overcome it, by learning a new set of behaviors, called “intervening.” We’re not talking about the formal process of “intervention,” not yet. Rather, simply changing how we respond to the addict or alcoholic, in a way that provides them with motivation to change.

When You Love a Shapeshifter -More from this series: