Vaillant and the Long Term View of Relapse

He’s able to describe complex phenomena in terms that, with a little work at least, we can understand. 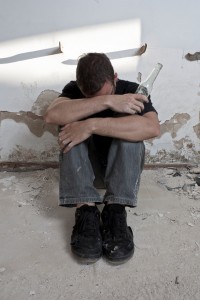 George Vaillant is a psychiatrist and researcher whose career has been devoted to the study of mental illness and addiction. His main interest is in prospective studies— those that follow a select group of people over a very long period to determine how certain factors affect their lives. For example, in the famous Harvard study summarized in Vaillant’s book The Natural History of Alcoholism, hundreds of young men were followed for forty years, beginning in early adulthood, in an effort to determine (among other things) who became alcoholic and why. An enormous investment of time and resources is required, but the findings are considered superior to those based on so-called ‘retrospective’ research, where scientists are forced to rely on the subject’s memory of past events.

Of course, these findings require interpretation. That’s where Vaillant is particularly valuable. It’s not exactly easy reading— Vaillant is a scientist, after all— but he’s able to describe complex phenomena in terms that, with a little work at least, we can understand. If you read much research, you know exactly how rare a talent that is.

I read pretty much everything he writes.

Here’s the summary of an article from 1988, on what he learned, over the years, about relapse:

This article reviews the treatment history of 100 hospital-treated heroin addicts and 100 hospital-treated alcohol-dependent individuals. The two cohorts were prospectively followed for 20 and 12 years respectively and factors related to relapse and freedom from relapse were sought. Premorbid social stability, especially stable employment history, proved a more effective predictor of long-term outcome than the severity or chronicity of addiction. Inpatient treatment exerted little effect on long-term course. For both samples, encountering one or more of the following — community compulsory supervision, a substitute dependence, new relationships, and inspirational group membership — appeared associated with freedom from relapse. The challenge of preventing relapse in diabetes is offered as a useful analogy for preventing relapse in the addictions.