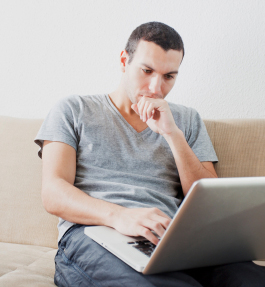 I was only 12 years old when I first tasted alcohol. It was a Colombian drink called aguardiente and it took a lot of badgering the old man pouring the shots before he finally gave in and gave me a taste.

We were at a family party, my Mom and Dad were there, and, being Colombians, we were partying hard. Even this little 12 year old. The fire water, as it’s called, had a transforming effect on me, greater than I could ever foresee. At the time, it made me feel strong and powerful, my childish insecurities vanishing straight away. However, over time, it nearly killed me.

Now, 8 years sober and a reasonably successful entrepreneur, I don’t regret taking that first drink when I did. I wasn’t to know what would happen. What 12 year old does? About anything? Did my parents fail me? Did my school fail me? No, I don’t think so. I failed me, to be truthful. I was just too young to know. I would have found out at some point, for sure- alcohol and me don’t mix. Drugs too.

We had moved away from Colombia at that time and had settled in southern California. My childhood was pretty cool now I look back. And, for the most part, I look back fondly. However, that feeling I got from that first drink remained constantly in my mind. As I grew up, I revisited it often, without my parents’ knowledge. So, first drink at 12, first joint at 14, first meth at 19. That was me.

There was only one way I was headed and I went via jail.

For some reason, I found myself in Colorado. I don’t remember how I even got there. I do remember the cops though. Given two years in jail for drug offences, aged 22, prison was hard. To break up the monotony and just to get out of that cell, I started to attend AA meetings. Later, for the same reasons, I attended NA meetings in the jail. At first, I never spoke, I never participated, and I never shared. But, after a while, I wanted to. Yet still I held back.

My parents visited off and on. Those visits were tough, on them and me. Sometimes I wished they wouldn’t bother. Seeing that look of disappointment in their eyes, and the guilt my mother expressed, gave me cravings I thought would send me mad. Looking back, I’m glad they made the effort to travel over. Even though our relationship was pretty beaten up, broken even, it was always good to see them.

I needed a moment of clarity, as it were, and, luckily for me, one came along in the form of a psychiatrist. I wasn’t his patient, he was an inmate and an addict just like me. He shared his story at one of the NA meetings. This middle-aged man stood, told us his name and then spoke. It was like he was speaking to me. Finally, something had hit home. He spoke a lot about anger, how his frustrations would boil over and how he was simply unable to deal with what followed. It was as if he were speaking my story- different people, same ending.

When I got out of prison, I stayed pretty healthy for a while. I got a job selling colognes and perfume and realized I was damn good at it. My bosses soon gave me my own office, staff to train and something to aim for. Sounds good, yes? Only it wasn’t enough for me. So, I relapsed. I’ll spare you the dirty details but, suffice to say, I’d never fallen lower. Was it my rock bottom? It sure felt like a long, long way down.

My parents saved my life by finding me a rehab center in Boulder, Colorado prepared to take me. The center  got me writing letters. And I wrote plenty, mostly to my Mom and family, friends I’d screwed over, people I owed apologies to. Most of all, I wrote to my mother, who has seen the very worst of me, but has always hoped I’d get better, that I’d find a way. I know I’ll never beat this. I’m way beyond thinking differently. But I can live with it. With love like hers.

Out of rehab and needing to follow my wise sponsor’s orders, I enrolled into an HTML course at my local college. I don’t really know why I chose it. I kind of think it chose me. Before too long, my room was covered in textbooks about HTML, web design and online marketing. I was like a sponge, absorbing all the information I could. Because, one day, I was going to use it. Use it all. Yes, 8 years down the tracks from getting clean in Boulder, I own my own website development business. I employ people, and I feel I am finally responsible for my own future.

I now live back in my native Colombia. I go to meetings; I deal with my anger and I live my life as best I can. One day, my parents will live in a house here that I have bought them for their retirement. Mom and I still write to each other. I’ve kept all of her letters. Sometimes, when I feel myself hesitating, I’ll read one she wrote when I was in rehab. Often they make me cry, but the insecurity and anger I’m feeling just goes. And I feel like I’m me again.

I’m grateful I’m still here to read those letters and I’m grateful to you for reading this. Please leave a comment if you’d like- I’d be more than happy to answer. Never forget that your story is important. It helps me to write stuff down like this- does it help you? I hope so.

About the author: Hi, I am Andy! I was born in Bogota, Colombia, but raised in Los Angeles, California. I am 8 years clean and I now focus on helping others beat their addiction. I’m also on LinkedIn.

Hi Andy,
Thanks for sharing your story. I’m that mom who, like yours will remain by my son’s side as his rock. Wishing you continued health and love.
Pat