The Active and the Passive

At its root, treatment is primarily a work relationship– with goals that need to be accomplished, and outcomes that must be kept in mind. 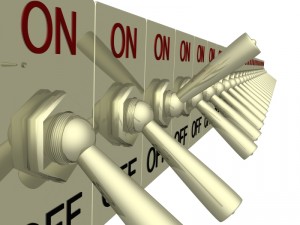 In practice, we can divide those resistant ‘Type 1’s’ into two categories: Active and Passive. The Actives are openly objecting to treatment. The Passive sort employ more subtle tactics to undermine the process.

Both regard counseling as unnecessary and unhelpful, perhaps because they actually were coerced into attendance — and nobody likes being coerced into anything. It’s perceived as bullying. That makes us angry, and when we’re angry, we’re resistant.

In the olden days, counselors often responded with confrontation. Much of the time, that just made people angrier. New motivational strategies took counseling in a different direction, based on empathy, avoiding arguments, and developing discrepancies between the client’s stated goals and what was actually happening as the result of substance use. It takes some patience on the part of the clinician. Nonetheless, it seemed to work.

In many cases, the quieter, passive Type 1 is more difficult to work with. That’s the client who ‘forgets’ appointments, arrives with a seemingly inexhaustible supply of excuses, participates minimally when they do show up, and seldom manages to complete treatment work. It isn’t that the client is failing; it’s that in a very real sense, he or she never really engaged at all. I always think of a kid sitting in class watching the clock tick off the seconds till recess.

This client’s goal is to remain untouched, and given the busy schedules in most clinics, he often succeeds.

I think confrontation is appropriate here. But it should be confrontation delivered in such a way that it minimizes the risk of a ‘fight-flight’ response. Just by pointing out the obvious discrepancies between what the client agreed to do in treatment, versus what the client has actually done, the clinician can make it that much more difficult to slip past. And that sort of close monitoring– one of our staff referred to it as ‘constructive nagging’– seems to increase the chances that actual gains may be made in treatment.

This reflects our belief that at its root, treatment is primarily a work relationship– with goals that need to be accomplished, and outcomes that must be kept in mind. If that doesn’t occur, then treatment is often just another way to pass the time.