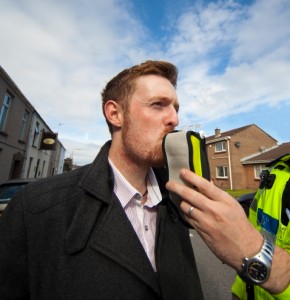 With the repeat DWI offender, the question isn’t ‘what can we do to convince him/her to stop drinking and driving?” as much as “Why isn’t s/he already convinced?”

Someone who’s been through the experience– arrested, gone to court, paid the fines, perhaps a license suspension, completed the education– is surely aware of the consequences of another offense. Ordinarily, when something we do causes that much trouble for us, we avoid that activity in future. Apparently that didn’t occur. So the mystery becomes: why not?

Once such a pattern is firmly established, it’s quite resistant to change. That’s particularly true where substance use is involved, since substances alter the way we think and feel. When we say a driver is impaired, it’s not only with respect to motor coordination. It’s also reasoning, judgment, memory, and perception.

Viewed that way, a repeat offense is fairly easy to understand. We’re asking someone to change an established (perhaps long-established) pattern. What happens when we try that in other common circumstances? Say, quitting smoking, or losing weight?

We all know the answer to that. Some succeed. Some do better for a while, then lapse. And some we’d have to consider failures.

Last I checked, the stats say that a third of arrests nationally are repeaters. That doesn’t mean the other two-thirds aren’t drinking and driving. It could be they’re still at it but have avoided arrest. If you’ve worked with DWI offenders, you suspect this is a common outcome.

Another observation: A behavior pattern such as this is easy to rationalize. As with gambling, people have a tendency to remember success and (at least temporarily) suppress the memory of failure.

In a sense, that’s what a repeat offender does: Gambles that he won’t get caught. A criminal defense attorney complained to me that his clients didn’t begin to take things seriously until the second or even third offense. No wonder: They’ve been getting away with it for a long time. That reinforces the idea that they could potentially continue to get away with it.

I wonder if that’s why they’re so defensive about the whole thing. As if somehow it was mostly a matter of bad luck. Because from their perspective, it was.