Ultimately, what replaces addiction in recovery is life, in all its glory. 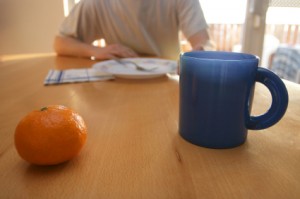 A healthy routine is a big asset in early recovery. It helps you structure your time so you get more done, and it simplifies life in a way that reduces stress at a time when that’s really, really helpful.

Addiction itself can be viewed as a series of routines dedicated to feeding the addiction. In recovery, we replace those routines, which after all lead directly back to substance use, with new ones.

By ‘routine’, we mean simply a fixed program of positive activities that get priority in your daily life. For instance, here’s the routine Cara developed for her life after rehab. She’s ordinarily too busy with work to take time for herself. Before treatment, she worked late, skipped meals, binged on junk food late at night, and suffered from insomnia. A schedule like that makes recovery almost impossible. This was her plan for change.

7-8AM Wake up, read inspirational literature. Meditate 10 minutes. Do brief calisthenics. Eat light breakfast (NO exceptions!) Pack lunch and light snack for use during the day.

8AM — Leave for work. No phone calls during commute.

6-7PM: Meditate 20 minutes. If still at work, make sure to have snack. If out to dinner (work-related), no coffee or caffeinated drinks after 7PM.

9PM: If after meeting, out to dinner with others for conversation. No caffeine, remember! Leave no later than 10P.

10:30PM: Have snack if haven’t already. Something healthy.

Because Wednesday and Friday are usually evening for mandatory work-related activities, Cara doesn’t try to fit in a meeting. Her goal is to avoid over-scheduling and make life more manageable, not less so.

Caleb, on the other hand, is unemployed and faced with the unpleasant prospect of an extended job search. He has a lot of free time and needs more to do, not less. So his proposed routine includes at least two hours every day at the gym (he’s a workout fiend), and time spent at the local NA club, or twice a week at SMART meetings. He’s put together a phone tree of some fifteen people who’ve agreed to be available for support if needed, and signed up for a journaling class to help him stay focused on day-to-day progress. Once he finds steady employment, he’ll revise his routine to fit his new schedule. For now, he needs the structure.

Another option for Caleb would have been a stay at a transitional living home.

Most schools of treatment support the idea of positive routines in recovery. Psychologist William Glasser talked about the ‘ripple effect’ of introducing a new activity if only for an hour a day– its positive influence extended well beyond the activity itself. Cognitive-behavioral therapies are known for their emphasis on structuring time. AA members frequently recommend that a newcomer commit to 90 meetings in 90 days. Daily meditation or prayer, regular as clockwork, is a feature of many spiritual approaches. The benefits of such activities are temporary, however, so the activity needs to be repeated. And a routine makes it easier to stick with it when you don’t particularly feel like doing so.

Sometimes a newcomer will ask for suggestions on what he or she can do to replace time spent drinking or using. But you can’t expect to replace an addiction with one or two activities. Ultimately, what replaces addiction in recovery is life, in all its glory. By introducing positive routines, we begin that process.

We don’t stop there. It’s a place to start.