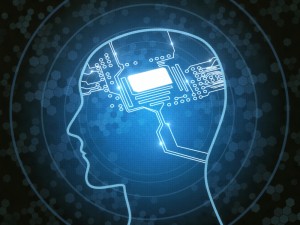 Memory is a complex process involving multiple stages and regions of the brain. Because of its complexity, neuropsychologists sometimes classify memories by their function. For example:

Episodic memory. This is memory that exists within the context of time. When we look back at past events to see if we can reconstruct what happened, or when we look into the future to make plans. The personal story that recovering folks tell at 12 Step meetings is a reconstruction of episodic memories. The flashbacks that characterize post-traumatic stress often occur in the form of memories that may feel like episodes from a film.

Semantic memory enables us to recall the meaning of facts or concepts. For instance, our ability to recognize the meaning of the word ‘dog’. Episodic memory, on the other hand, would supply us with a recollection of having played with a particular dog. Generally, semantic memories can be expressed in words or factual information such as numbers.

Procedural memory is that which allows us to perform certain activities even when they can’t easily be described using language. Riding a bicycle, for instance, tying our shoes, or swinging a baseball bat accurately enough to make contact with a speeding ball. Procedural memories are usually below our conscious awareness. When we need them, they’re just there.

Associative memory refers to information that we seem to be able to access mostly through a process of associating it with something else. Example: A face with a name; a logo with a brand; a phone number with a person. Computers use a type of association to quickly access the vast amounts of information in a database.

Implicit memories are those that remain below our awareness, accessed mostly through drug therapy or hypnotic techniques. The vivid memories of childhood abuse sometimes uncovered late in life are examples of implicit memories. They’re generally considered less reliable than other forms of memory because of vulnerability to outside suggestion.