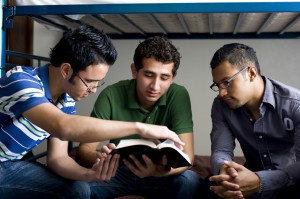 In early spring of 2016 I attended a spiritual workshop titled; “Discover your spiritual gifts”.  The title intrigued me.  I don’t think I had ever just sat down and enumerated to myself or anyone what spiritual gifts I thought I possessed.  After 42 years in a 12 Step recovery program I certainly, yes certainly, was aware that I did possess some spiritual gifts or qualities.  At least I hope so.

As my workshop progressed over the next 4 hours I started thinking to myself that this list I was being guided to formulate looked very much like what I would have called; “a 12th Step Inventory”.  This seemed OK to me, but I had never experienced nor even heard of a 12 Step inventory or list.  In some respects it seemed nigh unto egotistical .  I was actually hesitant to dig deep into myself and call out those qualities or gifts which were of the God of my understanding.

At the end of the workshop I was keenly aware that what I had discovered and listed —those “spiritual gifts”— I had learned to exhibit and use while fulfilling the principles of the last part of Step 12; “…and practice these principles in all my affairs.”  For brevity and ease of listing, I have usually used the list of 12 Principles as listed on “Barefootsworld.net”.  It seems that over the years numerous individuals have come up with many variations of these principles.   Keep it simple eh?

So here I was the proud owner of what I called a 12th Step inventory, a simplified list of 12 Spiritual Principles which underlie the 12 Steps and wondering what would follow all that.  Enter God— which I choose to think of as “IT” (I am uneasy about trying to label my Higher Power.  Seems kind of limiting.)

Some years ago I was asked to be Retreat Master of a large 12 Step Men’s Yearly Retreat.  (I have written about that marvelous experience earlier and it can be found at http://goo.gl/7lOQvt.)  “IT” had just now delivered a letter from the Governing Committee of the very same retreat asking me if I would like to once again act as the Retreat Master.  “IT” seems to work very fast and efficiently.

The first thing this Committee always asks; “What would I use as a central theme for this men’s retreat?”  Really?  Wow!  Of course “IT” then sticks the thought in my head— or at least I heard the following: “…and practice these principles in all our affairs.  Really?”  One would need to know their “Spiritual Gifts/Abilities” to be able to work from the 12 Principles underlying the 12 Steps.  Aha, IT had just prepared me for this task.  Yes!  Of course I would love to be the Retreat Master once again.

I didn’t understand totally (yet) what I had just signed up to do.

I had been part of a spirited workshop of older people that had been involved over a long period of time in spiritual awareness and practiced consciousness.  Could I massage the workshop material from that, to fit 55 or so recovering individuals in various stages and or phases of recovery?  IT seemed to think so.

At the end of 2 days (four total hours) the answer was obvious. Yes, of course, IT had done its homework.  At first on Friday evening there were any number of glares, folded arms and voice clearings that seemed to say, “Nope, psychological mumbo jumbo ain’t gonna happen here”.  By the middle of Saturday a full onslaught of discussion was underway.  By midday Sunday, as the retreat began to wind down and people began to depart, many remarked how eye opening and how much soul growing had occurred with them.

So, as for myself, I think I grew immeasurably.  It should have been obvious all along that this effort was being Divinely Orchestrated.  I just needed to step up and let the process work.  Will I personally do another 12th Step inventory?  I sure hope so.  I need to know just how much of IT is deep within me. *  As long as I remain “Honest, Open Minded and Willing”…, the possibilities seem unlimited.

In love and service,

Follow Richard Curtis as @ezduzit777 on Twitter, or find him on Facebook. He also has a blog, “Is There More Than the 12 Steps?” where he shares insights about spirituality and recovery.