Sexual relations between therapist and patient can seriously damage the public’s trust in the safety of their loved ones. 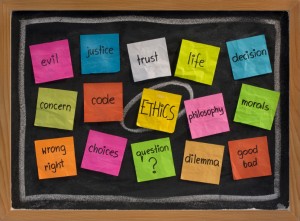 It’s always sad to read about therapists and clients having sex, particularly when it crosses that line between adult and minor, like this recent case.

What makes it sadder: The accused counselor happens to have been the daughter of the program owner– herself in recovery for 30 years.

I’ve seen this sort of thing before, and if you’re a clinician, I’m guessing you have too. It’s hard to get through a career in counseling without encountering at least one such case. When we opened a correctional rehab facility in a southern state, the warden stated flatly to our new hires that before the end of a year, at least one of the female staff would lose her job for having a relationship with an inmate. I remember the women tittered in disbelief.

He was wrong. We had to fire two.

Sometimes it’s just a matter of a poor or inexperienced therapist interacting with a powerfully attractive patient. But there are other factors at work, too. A few possibilities:

The ethical boundaries around therapist-patient relationships weren’t always so clear. When I entered the field in the 70’s, such relationships were not particularly rare. Two of our admitting psychiatrists were married to former patients. So long as the patient was no longer formally in treatment, it was considered acceptable, if slightly tainted.  Now the law may require a substantial waiting period, with stiff penalties for noncompliance.

Sexual relations between therapist and patient can seriously damage the public’s trust in the safety of their loved ones. As a field, we need to work hard to preserve that trust. It’s a responsibility we have not just to our current patients, but to future generations of therapists, and the patients they will treat.

“First, do no harm”, said Hippocrates of Kos. He was right.