Put yourself in the reader’s place. Most big awards come after review committees of five to ten folks have sorted through a pile of proposals using a rather elaborate ratings tool. 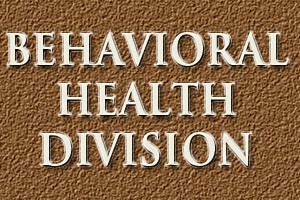 Our successful behavioral health clinic — we offer outpatient services for mental health, addictions, and co-occurring disorders — wants to bid on some large government contracts that are coming up in the fall and spring. It will be the first time for us in venturing outside the world of private insurance. Do you have advice on the process for a newcomer?”

First: It’s never just about the proposal. It’s about the circumstances of the bid. I like to tell clients that a good proposal doesn’t always win, but a weak proposal often loses an otherwise winnable contract.

Some other factors that weigh in:

It’s hard to predict outcomes. Some years back we were successful with 13 consecutive proposals, on behalf of several different organizations, nonprofit and for-profit. Don’t ask me how, I figured we should have lost one somewhere along the way. The proposal that finally came in second, by the way, was probably the best of the bunch. So it goes.

Make sure you really want the project. Be able to say, in clear and concise language, exactly what you hope to gain. Quantify that gain to the extent possible. How does the proposed project fit with your short-term and long-term organizational goals? What are you willing to risk to win it? Suppose you lose — are you ready to absorb the loss and move on?

Bad reasons to bid on a large project:

The preventable nightmare: winning a contract only to discover it’s something you don’t actually want, or can’t safely deliver.

Think like your customer. Put yourself in your customer’s place. Ask yourself the question: If I were ___ government agency, why would I choose my bid? Why not some other organization? No bidder is perfect. What are our strengths? Our weaknesses? from the perspective of the customer, that is.

Remember you must stand out. You don’t win by being ‘competitive’. You win by being exceptional in the eyes of the beholder.

Put yourself in the reader’s place. Most big awards come after review committees of five to ten folks have sorted through a pile of proposals using a rather elaborate ratings tool. A few hours of this and vision blurs, brains freeze. You grab another cup of coffee and open yet another proposal.

What do you the reader want to see? Whatever it is, that’s what we want to provide in our proposal.

Sometimes it takes two proposals to win one contract. This goes back to the trust factor. If you’re something of an unknown, then you may have to compete for and win a smaller project in their jurisdiction before they trust you with a more important one.

Hope that helped some.

I never knew winning such services contracts, thanks for letting me know about it..