Why Didn’t Our Intervention Work?

The family had good representation from important people in the alcoholic’s life, and there was professional help, but that’s not leverage. 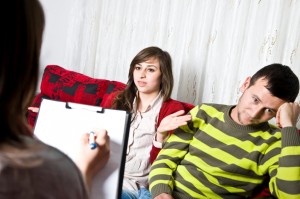 I recently participated in an intervention (along with an intervention specialist) as a student counselor. It was going pretty well until we got to the decision about where to go to treatment. The subject balked and couldn’t be moved. He wanted outpatient, although he’s already been unsuccessful twice. We tried and tried but no luck. Finally we settled for a promise he would reconsider if he started drinking again. Nobody was happy. We had a lot of leverage – all the significant people in the family were involved —  but the interventionist said Frank was just unusually stubborn”

I wasn’t there, but it sure sounds like you didn’t have as much leverage as you hoped. The family had good representation from important people in the alcoholic’s life, and there was professional help, but that’s not leverage. And leverage is really what makes intervention work.

Again, try thinking of an intervention as a negotiation, albeit a very dramatic, emotional one. Leverage is the thing that gives your side an edge. It can arrive in two forms: incentives for seeking treatment, and consequences for rejecting it.

Example of an incentive: “If you comply with treatment, I’ll pay your tuition next semester.” Example of a consequence: “If you don’t, you’ll have to find another place to live.” Both are made conditional on compliance. Not on total abstinence, mind you, but on sticking with the program.

As in: “If you want me to pay your tuition and school expenses, you’re going to have to be enrolled in a satisfactory program of treatment.”

Aversion to loss is always a greater incentive than the prospect of reward. Most of us will do a lot more to hold on to something we have (and value) than to gain a chance at something better.

Leverage is expressed in terms of a choice. But the decision always rests with the alcoholic. You have to be very clear about that during the intervention. He’ll make the choice; the team members are simply responding in the way they said they would.

I’d go back to the interventionist and think about how the team could accumulate additional leverage.  Because you seem convinced the outpatient attempt will fail, as the others did.

If it does, you’ll get another chance. Like the Scouts say: be prepared.