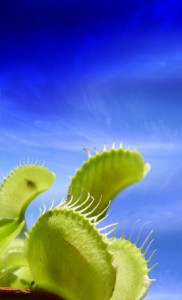 We teach our clients about relapse triggers but they still relapse. They keep relapsing. Is it because of overwhelming craving, do you think? Maybe something else I haven’t thought of?“

I usually think of relapse as akin to a trap — a mistake in thinking or judgment that leads you back into trouble, usually without your having realized that’s where you were headed.

Example from an addiction: At one point in my youth, I was a fearsome smoker. Two packs a day, smoked in the shower, the whole bit. Finally I resolved to quit, and was astonished how easy it seemed. I was prepared for the worst, but it never came. I had cravings, sure, but nothing I couldn’t easily resist. Within a couple weeks I felt better. After a month, I felt fine. My success inspired several others at work to quit, too. Hey, I thought: I’m a role model.

About six months in, I began to wonder if my experience meant I was cured. I hadn’t taken so much as a puff; I was around smokers all the time (this was some years ago) and hadn’t a twinge of desire. Didn’t that suggest I was no longer hooked? I didn’t even want one.

And if I didn’t crave the cigarette, why couldn’t I occasionally have one? After a big meal, for instance. Everybody likes that, right? Only one way to find out. I needed to experiment.

So I bummed one from a colleague one day after group. Smoked half, didn’t even like it. Made me queasy, made me cough.

So I felt safe having another, on the infrequent occasion. After a couple months, those occasions became far less infrequent. I’ll never forget the feeling of realizing I was losing control. I’d find myself lighting up without even consciously deciding to. Making resolutions and breaking them with the hour. And finally, just giving up entirely and acknowledging I was a smoker again.

That was the beginning of my little slip. Lasted six or seven years. I succeeded the next time, but it took quite a while to work up the nerve to try.

That’s what I mean by a thinking error based on a misconception about my adversary. Would have been easy enough to avoid, had I seen it coming. Unfortunately the brain I was using to make decisions was the addicted one. It was not a friend to recovery.

Ever since, I’ve studied the predictable errors that people make based on their understanding and preconceptions about recovery. I’ve noticed that addicts entering treatment know quite a bit about being sick but almost nothing about getting well. Even those that have been through treatment before can be expected to have substantial distortions of attitude and belief. They still don’t get it.

So we spend time addressing those misconceptions, with an eye to replacing them with practical plans for success in spite of their own distorted thinking.