We spend a great deal of time in treatment seeking to increase patient motivation, but these programs do not rely on a motivated patient. 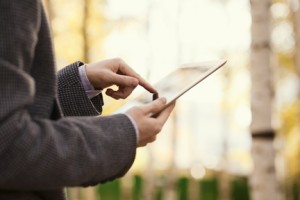 If addictions are so resistant to treatment, then why do certain approaches– I’m thinking now of the professional assistance programs for physicians and airline pilots– seem to work so darn well?

I’m referring to consistent success rates at 80% and above, involving thousands of participants in dozens of assistance programs across the US. And when I say ‘success’, I mean a standard well beyond the ones we ordinarily use for treatment– say, five years of consecutive abstinence, free of any documented relapse.

Why so rigorous? Because the rest of us regularly put our lives in the hands of our doctors and the people who pilot us through the air. There’s a lot at stake. Failure to perform could be catastrophic– a death on the operating table, for example, or a crash where many die.

So this is a program that needs to succeed, and apparently it does. Some will object that physicians are a special breed, different from other addicts and alcoholics, and although I’d be first to agree that docs are a little ‘different’, I don’t think that makes them easier to treat. As a group they tend to feature higher rates of depression and other mental health problems, as well as suicide. And obviously they have far greater access to drugs than the rest of us do. I suspect that without this rigorous monitoring, rates of relapse following treatment would be higher than with other patients.

One thing I noticed: Most of the opioid-addicted physicians are not on opioid maintenance. Some use it for a few months and then have to leave it behind, simply because of the potential for medical liability. Fair or not, that’s the way it is, and yet they’re not returning to opioid use in the absence of methadone.

I’ve worked more with physicians than airline pilots, but I’m told they’re mostly men who learned to fly in the military, where substance problems were common. They’re ordinary working people with families to support, a challenging job, and irregular hours that often feature considerable stress. Yet they too seem to yield more success than other treatment populations.

The usual practice in such programs involves completion of a residential treatment program similar to most, followed by ongoing monitoring via an approved program in the home state. The methods differ between programs, but they’re all rigorous.

Participation certainly isn’t voluntary, not if you want to keep your license, and like most compulsory treatment, patients can be quite resentful and resistant. “They hate us for the first couple years,” reported one doc whose job was to monitor other physicians. “Then they like us.” I asked him why the change. He shrugged. “Because they look back and see it worked. And they’re proud of it.”

We spend a great deal of time in treatment seeking to increase patient motivation, but these programs do not rely on a motivated patient. “Can’t afford to take a chance,” an addictionologist explained. “Too much at stake if we’re wrong.”

“It’s crystal clear to me, based on the patients I treat, that without that intensive structure, most of them would fall flat on their faces in the first few months,” he continued. “Even the ones who really want to succeed. They need to know somebody is watching them. Not a probation officer with a huge caseload, either. It has to be the real thing. And we mean business.”

Maybe such monitoring wouldn’t work as well where less professional leverage was available. On the other hand, it’s not that costly, certainly not when compared to multiple inpatient treatments. And it could make all the difference to some folks who will otherwise become ‘failures’ by our definition.

The models are tested and ready for use. I’m wondering why we don’t give it a try.