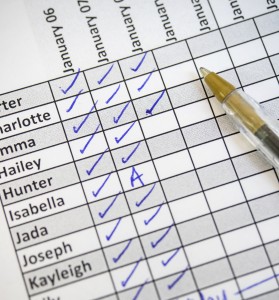 Many years ago, when I was a young Executive Director, one of the hospital VPs wandered down to my office to inquire about the census. It had been low for a few days and I got the feeling his boss had asked for an explanation at that morning’s senior management meeting. I must have been in a ‘humorous’ mood– always a weakness of mine– because I suggested that I and all the staff check in as patients, as the quickest way to boost our numbers. “I see,” he said. “But wouldn’t we eventually have to pay the bills for our own employees?”

I had to explain to him that I was only joking.

Over the past few decades, I realized that every director of every program, inpatient and outpatient, gets that same question. Why is the census low? And what can we do to make it go up? But the truth is that the answer’s either obvious– we lost contract A or insurance company B has decided to stop paying or it’s Christmas Eve– or the only answer we have is frankly, we don’t know.

It’s tempting to speculate, but that’s really all we’re doing.

Sometimes the truth isn’t acceptable. One CEO demanded an explanation for low census and was told the simple facts: it was because he had acquired the main competitor of his own program’s principal referral source — in essence gone into competition with the people who sent his company business. That made them mad. They’d started sending their referrals elsewhere.

“That’s just business,” he insisted. “What are you doing to develop new referral sources?”

The reality: Census tends to fluctuate, and when it does, there are very few short-term remedies. “I suppose you could run a big ad blitz on TV, or slash prices, but both of those hit your bottom line in a big way,” observed a respected marketing guru. “Sooner or later those clients will be discharged, too. How do you replace them?”

Unless your program is publicly funded, with a perennial waiting list, you’re probably going to face such fluctuations. You can drive yourself and your staff crazy, or take steps to at least minimize their adverse impact.

“I learned long ago to adjust staffing to reflect the census,” one veteran ED explained. “Keeping within State requirements. I work hard to build up a float pool of PRN personnel, folks who appreciate the higher salaries and flexibility. I avoid agencies, because they’re too costly, and not enough of the money goes to the employee. But PRN staff get treated well.”

“I had to teach my boss to pay attention to the average daily census for the month and the quarter, rather than day to day,” said another. “The goal isn’t to eliminate daily fluctuation. It’s to lessen the impact of the valleys.”

“I focus on retention,” reported a third. “That means paying attention to satisfaction surveys, completion rates, and of course, dropouts. I want to know at what point in treatment clients make the decision to drop out. What are the deciding factors? Even small changes can have big positive effects on the bottom line.”

It’s also important to avoid falling into the trap of blaming. Someone wrote that the two most important skills in modern corporate and government life are taking credit for success and shifting blame for failure. That becomes more important to many of us than actually achieving results.

When the program does well, make sure everybody who contributed to that sees some of the benefits. And when it struggles, make it plain that everyone is responsible for addressing it.