Clients who struggle to stay drug-free can resent the presence in group of others who openly use substances. 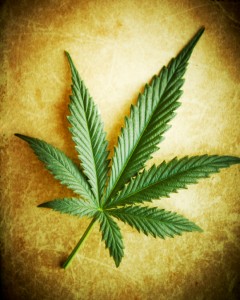 Some not-at-all startling info: Marijuana use among US adults doubled between 2002 and 2012– to 9.5%, or 23-24 million people. I wouldn’t be surprised if it doubled again in the coming decade, given the trend towards legalization. We’re not including the under-18s, already an active population with respect to pot smoking.

Research suggests that 3 in 10 users will meet criteria for a Cannabis Use Disorder. That’s a lot of people. It means an influx into treatment programs, first at the outpatient level, then in residential settings.

Implication: More clients who arrive in treatment with the intention of quitting other drugs while continuing to smoke pot.

This is already common in states with active medical marijuana programs. In the past, a program with a drug-free philosophy could argue against cannabis use on grounds of illegality, but now, a clinician who believes a client needs to avoid marijuana will need to justify it some other way. Some I’ve heard:

“It’s not good for you.” Nobody’s arguing that pot is a health supplement (although it’s probably safer than some supplements currently available).  With some exceptions, health isn’t a first priority for people in addiction programs. They tend to focus on more immediate social problems, like getting fired or thrown in jail.

“It’s against the program rules.” And that could create an interesting competitive advantage for the more permissive program up the street, if they’re willing to accept a stream of positive urine tests.

“It’s your decision, not ours.” Some programs will leave it up to the patient. Understandable, but always a risk when dealing with addicted thinking and its peculiar ability to influence decision-making in the favor of more drug use. There are reasons that modern science has labeled addiction a brain disease.

“Just don’t bring it up to the other patients.” Clients who struggle to stay drug-free can resent the presence in group of others who openly use substances. We sure see that with the medical marijuana clients, and also when we mix in persons on methadone or Suboxone maintenance. It’s one reason for the appearance of OMT-friendly NA meetings.

I suspect that many programs will adopt a stance similar to the one used with alcohol– that even if it’s not your primary drug, you’ll be asked to abstain while in treatment. Judges will weigh in; they have their own ideas about what constitutes acceptable behavior.

An observation: Alcohol’s been legal for decades, but relatively few treatment professionals advocate continued drinking as the basis for recovery. It never worked that well in practice. A patient with multiple DWIs asked me why he couldn’t toke up occasionally at parties, so long as he stayed away from vodka. I suggested he picture himself sitting around with his buddies on Saturday night, high on ganja, and somebody passes around a bottle– can he count on himself not to drink from it?

“Probably not,” he admitted, and went back to his seat.