We’ve come a long way in treating addictions, but we’re still not very successful at convincing a patient to stick to a treatment regimen. 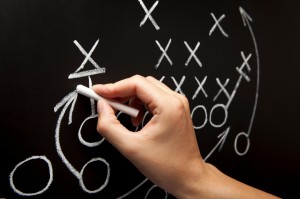 We recently learned that Green Bay Packers’ Hall of Fame quarterback Bret Favre should be included on the long list of former star athletes now in recovery. His substance use continued throughout most of his playing career, which includes three NFL Most Valuable Player awards and three extended visits to rehab.

It’s a familiar story: A month in residential to address painkillers, followed by a much longer stay for the same reason a few years later. Apparently he was very open with the clinicians regarding his desire to continue with alcohol. They warned him, and he ignored the warnings. Result: A third trip, in 1998, for alcoholism. The transition from dependence on opioids to alcohol is fairly common. Both are based on the mistaken notion that addiction can’t cross boundaries between drug classes.

Of course, that brings up the issue of performance enhancement. According to Bret, he was taking as many as 14 Vicodin at a time– technically, an overdose– during his MVP year. Why wasn’t that discovered via random drug testing? Or was it? Experts have said that Performance Enhancing Drugs (PEDs) are often of value for fast healing and the ability to play with injuries. Opioids don’t qualify?

Then again, I suspect many if not most of the players are taking prescription painkillers. Perhaps just to make it through to the next game.

But today I have a different topic in mind– my contention that many so-called “treatment failures”, meaning a return to drug use following rehab, stem not from uncontrollable compulsion or poor impulse control, but from good old-fashioned human stubbornness.

Far as I know, there’s no effective treatment for that.

And frankly, it’s a problem throughout healthcare. Always has been. Patients are issued instructions by physicians that they subsequently disregard. It’s not always the result of craving. Patients also make  conscious decisions to abandon their treatment regimen, even when it’s working.

Same’s true for many patients with heart disease, diabetes, chronic lung disorders. A patient does well for a while, then stops the medication, drops the diet, resumes drinking and/or smoking. Weirdly, often  because things were going well.

Maybe they thought they were cured. Maybe they just didn’t feel like they need to make the effort. That’s human nature, right? But it can be destructive.

We’ve come a long way in treating addictions, but we’re still not very successful at convincing a patient to stick to a treatment regimen. Many do, but others insist on learning the hard way– through trial and error.

Now that’s something we could be working on.