Based on the vast number of prescriptions for opioid medications written by US practitioners over the past few decades, we’ve become the clear leaders in opioid prescribing. 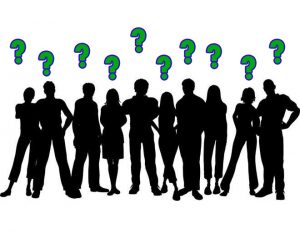 About that oft-quoted estimate of one hundred million Americans with chronic pain– where did that number come from?

It translates to more than one in three adults. Does that sound high to you? It sure did to me. As for a source, the closest I could come was this: “In 2008, according to the Medical Expenditure Panel Survey (MEPS), about 100 million adults in the United States were affected by chronic pain, including joint pain or arthritis.”*

I’m sure it’s science-based, but with surveys, I always wonder about accuracy. For instance, how is chronic pain defined? The most common definitions include any pain that persists longer than 12 weeks. There’s no real exclusion based on type, severity, ultimate duration, or treatment. It’s the broadest, most inclusive standard possible.

Example: I fell down a few stairs on the way to the fridge in the middle of the night, and bruised my tailbone. I’m told it will hurt for at least a month and if it still hurts after four months, go see a doctor. I e-mailed a physician colleague who treats pain patients and asked if my butt continued to hurt beyond 12 weeks, would I be counted as a chronic pain sufferer in such a survey? “Probably”, came the reply.

But in what percentage of cases are opioids involved? And are they truly needed? We cited another study, a very large one, in a recent post, that suggested opioids are not more effective in most cases of back, knee, or hip pain than, for example, Tylenol or Advil. Or than physical therapy. So why do we turn to them as the first line of treatment, especially given the attendant risks? Wouldn’t we exhaust other options first? That’s called ‘step therapy’ in other areas of medicine.

Based on the vast number of prescriptions for opioid medications written by US practitioners over the past few decades, we’ve become the clear leaders in opioid prescribing. We may have slipped a bit in other areas, but we’ve vaulted ahead there.

These are questions to which I don’t have the answers. But I’ve noticed how rarely they’ve been explored by research, or mentioned in articles on pain treatment.

Ordinarily, that could be a sign that the issue has been politicized. Research is cited and arguments are made on the basis of how well they fit a partisan narrative, rather than the state of current science.

I’d compare it to the continuing cultural debate about marijuana . As the pendulum of popular sentiment swings back and forth, “winning” becomes the only real goal for either side.

How did we reach the point where our nation, above all others, depends on opioids for almost any sort of pain? Other developed nations have avoided that. And seem to have fewer problems with prescription painkiller abuse.

Perhaps fewer drugs, more sparingly prescribed, translates to fewer addicts and overdoses. That doesn’t address the problem of illicit painkillers, but it sure helps with the legal sort.