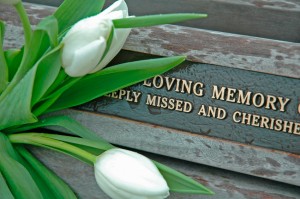 The overdose epidemic continues, with evidence of increasing mortality among a group that in the past has generally enjoyed better health: white people. Here’s a recent NY Times article.

Theoretically, whites are more likely to be prescribed addictive painkillers by their physicians. That makes them vulnerable to associated health consequences, including overdose.

The trend appears especially strong among women and young males. That’s a group that once addicted, often winds up turning to street heroin, further increasing the likelihood of unintended OD.

Whose fault is all this? At the risk of repeating myself: it’s our fault. By ‘us’, I mean our healthcare system. I’m told prescription ODs now account for more fatalities than automobile crashes. Who would have predicted that? Certainly not me.

The CDC recommends an approach very like that used to address other diseases, particular the infectious type. In that sense I guess some of our doctors and clinics would qualify as disease vectors–  the ‘mosquitos’ that carry this particular pathogen.

Why do we prescribe and consume so many painkillers? One hint emerges from the wide variation in prescribing patterns that exists from state to state.  Most places where painkiller use is highest are found in the American South. Alabama tops the list. Tennessee, West Virginia, Oklahoma and Kentucky are in close pursuit. But opioid prescribing is also common in Midwestern states such as Michigan and Ohio. Maine and New Hampshire lead the way in terms of prescriptions for the riskier high-dose, long-acting varieties. Not surprisingly, high overdose rates trail along behind.

It’s unlikely that the residents of these areas actually suffer from more pain than their neighbors. A better explanation would be attitudes and beliefs among healthcare professionals, who have been taught to rely on painkillers as a first response to patient complaints. In some cases, they’ve been ‘educated’ by the pharmaceutical industry. Once such practices are entrenched, a certain amount of re-education is required, and that takes time.

Legitimate use of painkillers has been complicated by the emergence of the ‘pill mill’– a for-profit clinic or practice that exists mainly to distribute pain pills to eager consumers. Some of those pills are resold on the street, at a premium.

Strategies for addressing the epidemic are being tested. Florida, once among the worst of the worst, has gained greatly from control measures. They can serve as a model for other states.