Few clinicians believed that street crack addicts could succeed as outpatients, but the demand for residential care was never fully met because of, you know, budget considerations. 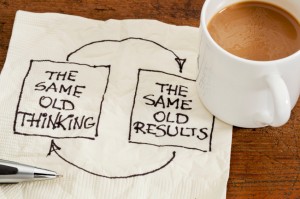 I watched a lecture recently where the expert presenter began with a declaration that treatment for alcohol and drug problems hasn’t changed since 1970. That amazed me, because my impression is that it’s been in an almost continual state of flux.

Here’s where I came in: right out of college, post-Vietnam era, to a job in a hospital detox during the height of a drug epidemic (at that time, heroin and methamphetamine). The census divided equally between alcoholics and addicts; stays were quite short and every patient was assigned a psychiatrist. At discharge, referrals to outpatient therapy or (for the opiate addicts) methadone maintenance. We were very optimistic about methadone at the time. A few went to long-term drug rehab, but most refused, unless it was an alternative to jail.

I remember the day MediCal cancelled detox coverage and the drug addicts just disappeared from the stage. With mostly alcoholics to deal with, the hospital adopted a three week rehabilitation model, featuring a variety of cognitive therapies — Ellis, Glasser, Carl Rogers— and AA meetings in the evenings. They kept the daily psychiatrist visits. The docs prescribed medications like Antabuse, antidepressants, benzodiazepines. The overall results were better, probably due to longer stays and the preponderance of alcoholics with fewer social problems and more resources. When we did get a drug addict, results weren’t as good. The heroin patients still went on to methadone programs, but our optimism had been tempered by experience. Turned out we were much better at getting someone on maintenance than we were at eventually getting them off. We adjusted our expectations.

Then came the first wave of the cocaine epidemic. There was a story about the cocaine hotline having anticipated a thousand calls for help annually and instead finding themselves instantly overwhelmed with requests for aid that continued for months on end. The cocaine patients seemed to do OK in therapy but not so well post-treatment, when relapse was common. Experts suggested longer rehab stays for extra stability, but the timing was all wrong. Managed care was ascending and the momentum had swung back towards the brief inpatient stay.

Next came crack, extending the cocaine epidemic to people who previously couldn’t afford it. Few clinicians believed that street crack addicts could succeed as outpatients, but the demand for residential care was never fully met because of, you know, budget considerations.

If you stick around long enough, you learn that epidemics do end. When crack subsided, emphasis shifted to the addict with comorbid mental health problems– an outcome of the findings of the giant ECA study. Addiction programs were required to beef up their mental health services to accommodate psychiatric patients, not coincidentally as psychiatric institutions were downsizing their inpatient capacity, partly in response to their own financial difficulties. It required a major culture change that occupied a considerable chunk of the next decade.

But as the move to integrated care was making progress, programs suddenly found themselves asked to more aggressively treat patient complaints of chronic pain– the sort where there’s no obvious acute cause. This meant yet another dramatic change of focus. Were all these complaints of pain legit, or was this drug-seeking behavior on the part of, well, drug seekers? The important thing is, there were plenty of newer, more potent opioids, such as Oxycontin, on the market. Physicians could prescribe them without much in the way of oversight or monitoring.

As one addiction doc put it: “this will not end well.” And of course, it hasn’t.

So forty-some years later we find ourselves in the midst of another epidemic, opioids and methamphetamines; that should sound familiar. We do have a few new tools like buprenorphine, also an opioid. We also have what appears to be an emerging buprenorphine abuse problem. For alcohol patients, we’ve replaced Antabuse, antidepressants, and benzos with Antabuse, different antidepressants, and newer substances such as naltrexone.

The results? We’ll have to wait and see.

Maybe that expert had a point after all.

ALso to add to this crack isn’t considered to be physiologically addicting so to be “addicted’ to crack alone inpatient treatment centers are reluctant to take in patients due to the nature of this drug and it’s poor outcome of getting ‘clean’.

[…] Addiction treatment has evolved in response to new therapies and needs, but has it really changed? A review of the field over a few decades of clinical practice.  […]