The system that was supposed to help them was unwittingly undermining their recovery. 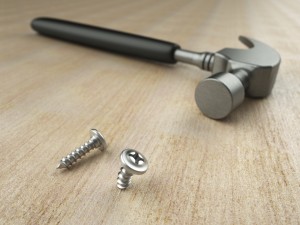 One thing I’ve noticed over the years: when drug epidemics hit, it’s often at a time when trends in healthcare and social policy are going in an entirely different direction. Result: A disturbing tendency to find ourselves doing the Exact Wrong Thing in response.

For instance, the ’80s was a time of managed care and greatly reduced inpatient stays. Everybody was readying for a shift to outpatient treatment. The sudden appearance of a crack epidemic caught us unprepared. Cocaine to that point had been mostly a drug of the privileged, people with ‘disposable income’, and the first wave of crack users were anything but. Mostly homeless and impoverished, they failed to thrive in outpatient counseling. Not that we didn’t try; it just didn’t work. When you’re living on the streets, or in a homeless shelter, therapy just doesn’t seem that important, compared to survival.

If we’d polled the nation’s counselors back then, they’d have been almost unanimous in recommending more residential resources. But the trend was in the opposite direction. In that respect, we were committed to The Exact Wrong Thing. And paying the price.

Looking back, I feel sorry for a crack addict trying his best to get free of the stuff during that era. The system that was supposed to help them was unwittingly undermining their recovery. That system did eventually adapt, through public sector efforts to increase services for the homeless and impoverished. And the crack epidemic did eventually tail off, as potential new users become more wary. The devastation produced by crack use is its own best deterrent.

Anyway, whenever we’re in the midst of yet another epidemic– as we are now, first with Oxy and then with its successor, heroin– I can’t help wondering, ‘what’s next?’ I just assume there’s something else coming. Maybe it’ll be buprenorphine, the opioid medication we’re frantically distributing, which shows signs of escalating diversion and abuse. Or maybe it’ll be something entirely new, that’s just now germinating in the brain of some enterprising chemist.

I can’t predict the specifics. But one area where I’m fairly confident: When the first wave hits, we’ll likely be doing The Exact Wrong Thing.