Legal responsibility, however, is quite different. J&J’s attorneys will do whatever they can to shift blame elsewhere. 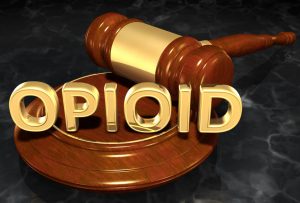 I wanted to follow up on an opioids lawsuit  that promises to be a landmark case. For one thing, this one is actually going to trial, instead of settling out of court.

Public nuisance laws. That’s a term I’ve encountered in discussions of littering, potholes, and electric scooters, not when it comes to prescribing medications. Yet Johnson & Johnson, one of America’s largest and best-known companies, stands accused of deliberately misleading the citizens of Oklahoma through a campaign to convince physicians that long-term opioid use for chronic pain was far safer and more effective than the company knew it to be. Inducing physicians to overprescribe opioids to their patients.

The motive? Presumably, money. A staggering amount of money, in fact. We’re just now learning exactly how awful our prescription drug problem has been, and how much revenue it generated for certain businesses. We all knew Big Pharma firms were greedy. But we had no idea just how greedy they could be, given the opportunity.

I think most people, reviewing the evidence, would say, “oh yeah, guilty as charged.” Legal responsibility, however, is quite different. J&J’s attorneys will do whatever they can to shift blame elsewhere.

For instance, to the physician. After all, doctors are highly trained, licensed professionals. If they thought it best to use our products, — well, who are we to discourage them?

As arguments go, it’s hinky, because of all Big Pharma did to promote those same products– up to and including making those (allegedly) false claims about safety and effectiveness. While neglecting to mention the escalating evidence to the contrary.

The way it works: First, a campaign to “raise awareness” of a serious yet neglected problem– in this case, chronic pain. The idea: to get the public and physicians thinking about chronic pain in the way that the Pharma firm wants them to think about it– as a vast undertreated population of sick people with an urgent and ongoing need for the firm’s products. Creating or enhancing a demand in order to increase company revenue.

I encountered this approach many years ago through an ad for a sedative, in a magazine for physicians. It featured an attractive young woman, college age, whose facial expression conveyed profound misery. Around her were thought balloons describing various stressors, both personal and political (example: tensions in the Middle East.) The clear message: anxiety is a natural response to the uncertainty of life today, and will benefit from medical treatment prescribed by you, Doctor, using our product.

I remember thinking at the time: there’s conflict halfway around the world, so she needs a tranquilizer? What about all the other possible remedies? Talking to someone, seeing a counselor, getting some exercise, relaxing or meditating, having some fun, for Pete’s sake? For a young, otherwise healthy person, a pill should not be the first option. Because as we all know, there can be a downside to reliance on certain pills.

The campaign’s intent was to create a link in the prescriber’s mind. Your patient is anxious, you want to help, here’s our product. Our sales force will be there to reassure you with references to safety and effectiveness, plus some preliminary research and data on patient satisfaction.

It’s nothing other firms haven’t done and will continue to do, because it serves their interests, if not always ours. Caveat emptor.

But at the same time, I think the public would welcome a chance to share the immense burden of costs from the prescription drug epidemic with the for-profit companies who created it.