There is research that links more potent cannabis, including skunk, to THC-related changes in the brain, among daily users at least. 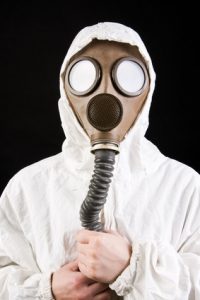 You may have come across the popular form of marijuana known as ‘skunk’, also referred to as ‘stinky weed’, a hybrid of cannabis sativa & indica prized by users for its potency, despite an annoying secondary trait: its truly unpleasant odor. People have actually mistaken it for a skunk in the neighborhood. The smell can be quite persistent on clothing, body and hair, as well as on painted surfaces. “Walk down the hall in my dorm,” one kid advised me. “You’ll get the full skunkish experience.”

Chemists attribute the odor to terpenes, compounds that play a key role in the scent of flowers. With cannabis, they may also help increase potency. Some varieties of cannabis naturally smell better than the others– having a lemony or peppery odor– and the theory is that the ‘skunk’ scent may have evolved to mark certain strains with unusually high THC content.

Curiously, the odor itself has created a recognizable brand that attracts customers in search of a stronger high. That’s a big chunk of the user population, which helps explain the popularity of skunk.

There’s research that links the more potent strains of cannabis, including skunk, to measurable THC-related changes in the brain itself. Not a surprise, as drug effects are usually related to the concentration of psychoactive ingredients. It does however suggest the possibility of increased risk for psychosis. Here’s an article on that aspect. It’s led experts to recommend that people who suffer from certain early symptoms to avoid cannabis as a way of reducing their risk. It’s a new area of study and if you’re interested, Google “pre-psychosis” for some interesting articles.

A psychiatrist friend attended a conference on psychopharmacology where a presenter described the escalating race among chemists, growers and distributors of cannabis to upgrade the THC content of their products, as a way of growing market share. We often see this in the early stages of drug epidemics — as a particular drug becomes more widely available, sellers compete by lowering price and upping the quality of their wares. That allows them to raise prices and also create a “brand” that encourages repeat customers.

We’re already seeing examples of ordinary pot sold as skunk after it’s been chemically doctored to mimic the distinctive odor, and additionally with other psychoactive substances to enhance the effects.