Should the U.S. Legalize Drugs?

What legalization can’t do is fix any problems inherent in drug use itself. 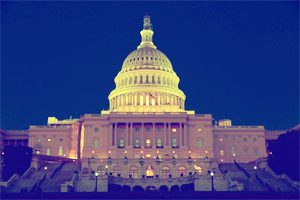 This piece from the Vox website is an unusually thorough look at the issues that arise when government considers full legalization of a hitherto illegal substance. Legalization ordinarily means removing most or all of the legal consequences for possessing, distributing, and using the substance. That’s as opposed to decriminalization, which refers to a substantial relaxation of those laws without removal.

As society is experiencing significant problems related to prohibiting these substances, the hope is that legalization will solve most of them. It would presumably put the brakes on a thriving black market, and eliminate problems with improper arrest and prosecution. Enforcement is costly, and money saved on police, courts, and corrections could be applied elsewhere. It’s often argued that taxing the substance would produce additional revenue for the public coffers. So far, so good.

What legalization can’t do is fix any problems inherent in use of the drug itself. In the case of opioids, that would include abuse, addiction, overdose, various health hazards, and elevated risk of disease transmission (STD, HIV, Hepatitis C). Or alcohol, where liver disease is surging, mostly among youth and mostly due to their drinking. Alcohol has been legal for a very long time now.

If legalization turns out to mean that lots more people, particularly vulnerable ones, use a drug on regular basis, then the problems associated with it can be expected to worsen. So it’s a decision that requires considerable thought and planning.

Then there’s the the challenge of regulating consumption. As the article suggests, regulation isn’t as simple as most of us believe. We have examples in front of us– prescription opioids, alcoholic beverages, of course tobacco– where we’ve struggled to successfully restrict use. After all, most kids begin using alcohol and tobacco long before the age of consent. That’s not the exception, it’s the rule.

Prescription opioids have proven difficult to regulate for a number of reasons. Partly it’s because of the enormity and relative decentralization of our healthcare system.  Can I even call it a system? In many places it’s a collection of practitioners who operate autonomously with little backup for their decisions. Only about half of the common practices in medicine are based in science. The rest are rooted in the experience of doctors with patients. You’ll hear a physician remark, “Well, I’ve had good luck with this drug.” That may mean with one or two patients over a period of months or years. When a new patient with similar complaints walks into the office, it’s tempting to rely on that experience. It’s not very scientific, but it is definitely common.

Then there’s the influence of Big Pharma. From another piece cited in the Vox article: “… companies have been sued for illegally promoting other uses for the medications and in one case even bribing doctors to prescribe higher doses.” It happens in real estate, it happens in high finance, so why not in healthcare?

I guess my only conclusion would be this: Legalization can solve a number of problems. It can also create a number of new ones, including some we simply never imagined. It’s happened before and it can happen again.