Pundits are always telling us that science proves this or that, but when we look closer, we find it proves neither. 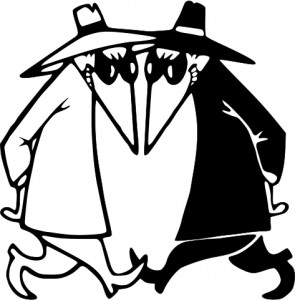 It wasn’t long before I noticed that whenever I asked a researcher for an opinion, it was likely to be presented as an authoritative version of current science on the subject.

But when I asked a different researcher, I often got a different opinion– also presented as current science.

How can this be? I wondered. The fault was mine. I had been thinking of Science as akin to the Vatican, dispensing knowledge from on high. In reality, science isn’t like that at all.

Instead, it’s a system for learning about and investigating the universe around (and inside) us. The scientific method begins with observation followed by  hypothesis followed by experiment followed by analysis, and often, by attempts to replicate findings.

This is not a process that leads to certainty. Scientific findings can be inconclusive or ambiguous. Findings require interpretation, which may be quite subjective. Pundits are always telling us that science proves this or that, but when we look closer, we find it proves neither.

In medicine, there’s also the gap between efficacy and effectiveness. Let’s say a particular therapy appears to work quite well in clinical trials. Yet when applied in conventional medical practice, problems emerge. Perhaps it’s too costly, or requires too much special training, or results in unforeseen complications. Gradually, the treatment falls by the wayside, gets assigned a lesser place in the toolbox. The efficacy shown in trials didn’t translate to real-world effectiveness.

And the field moves on to something else.

That’s one reason I’m slow to abandon the proven in favor of something newer. Just in case that glittery bit turns out to be something other than gold.