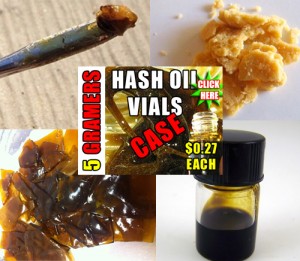 It’s not a particularly new practice, but it seems to be getting quite a bit of attention in the media: dabbing. Here’s  a NY Times piece on the subject:

Production often involves home cooks who douse marijuana with volatile butane, which can lead to explosions. The resulting waxy extract is perhaps four or five times as potent as the original bud, and commonly ingested via e-cigarettes or ‘vape pens’. Street names: Shatter, Butter, Wax.

Some reports have emphasized the potential for adverse effects such as anxiety, panic attacks, even hallucinations. Higher concentrations of THC have long been associated with hallucinatory phenomena.

But the pro-cannabis website Leafly claims those effects are vastly overstated and dabbing is safe provided you know what you’re doing and take appropriate precautions. Here’s their advice.

I guess it depends on which side you find yourself. I’d compare it to the debate over ‘responsible drinking’ campaigns sponsored by the liquor industry. Those have drawn heavy criticism in the past from advocates in the prevention and treatment communities.

My guess would be that the teens in the NYT article aren’t all that cautious by nature. They’re far more likely to take advice from the people selling them the extract than from experts on either side. Age is a key factor in calculating risk from substance use, and in many communities, experimentation with alcohol, cigarettes, vaping, and pot begins as young as 12 or 13.

Why would kids be drawn to dabbing? Two reasons. First, they’re less likely to get caught– most adults don’t even recognize it as a drug. Second, dabbing gets you higher, faster. And people, even young ones, who smoke regularly may develop a tolerance that leads them to search out more potent forms.

Age restrictions have not been very effective. We prohibit teens from vaping, but they do it anyway.  Now, after decades of intense effort, teen smoking is actually down. But vaping is up, and perversely, seems to lead kids back to cigarettes.

People finding inventive new ways to get high despite our warnings. Who’d-a thunk it?

But now we’ll be contending with business interests that actively promote cannabis the way the tobacco and liquor industries promote their products– but with even less restriction. Here’s a website devoted to building “Cannabis, The Next Great American Industry.”

Anyway, if I were forced to find a lesson in all this, it would be that we, the responsible adults of the world, are not actually in control. Other forces are at work. Any sense of control we have at this point is probably an illusion.