Prison as a Strategy

The theory is that the more users we put in jail or prison, the fewer left out on the street. So why hasn’t that substantially reduced arrest and overdose statistics? 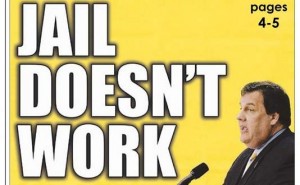 Here’s some research from Pew Trust that strongly suggests a plan to imprison more drug offenders is not going to be anywhere near as effective as some in government appear to hope.

Those are pretty solid measures, particularly the last two. The theory behind arrest and incarceration is simple: the more users we put behind bars, the fewer left out on the street to continue using and trafficking drugs. Sounds reasonable. So why wouldn’t it substantially reduce arrest and overdose rates?

I can think of several possible explanations. No doubt there are more. What popped first into my mind:

New users: the drug epidemic’s still growing. It shifts form with the introduction of other substances, but even after two decades, we still haven’t reached the peak.

Greater attention from law enforcement: An analogy would be to drunk driving. When it’s a top priority, featured in the media, arrest rates go up. When street enforcement switches focus to other crimes, DUI/DWI arrests decrease.

Fentanyl-induced ODs: this has proved to be a wild card, the way crack was when it first appeared during the later stages of a cocaine epidemic. Traditionally, street heroin was “cut” to extend the supply. That reduced potency and decreased the risk of OD. The introduction of cheap, widely available fentanyl upset this expectation. The percent of users who OD is rising. Don’t forget that with fentanyl and carfentanil, we’re talking about substances so risky that just handling them can sometimes result in overdose.

Personally, I pay less attention to patient self-report. That’s based in experience. I’ve noticed how unreliable self-assessments can be. So when someone reports a habit of such and such dollars per day, I assume that’s an estimated cash equivalent, and the user isn’t actually keeping close track. Also, supply can vary widely. Street drug markets are more like Soviet-era grocery stores than the neighborhood Safeway. Some days, they’re just out, and the user has to lump it.

It occurs to me that arrest-and-imprison strategy may well have passed its sell-by date. We’re dealing with a remarkably persistent epidemic that despite being mature, continues to grow. What’s a better approach? Most experts lean towards renewed emphasis on treatment and prevention.

That doesn’t eliminate a role for law enforcement. But the Courts provide leverage to motivate change, rather than focusing on punishment.

Example: A residential program accepts people directly from prison into its therapeutic community. About a third of those who arrive voluntarily return to prison, usually in the initial few months. The two-thirds that remain, however, have an admirable success rate. Above 50%, and they often stay several years. The third that gave up and went back to prison are no worse off for it. And because of work programs, the taxpayers save quite a bit of money.

Or here’s a “pre-arrest” diversion program that places users on MAT, directs them to a range of services including mental health care, and provides close monitoring throughout. Santa Fe LEAD

Again, I suspect the monitoring process may be as important as the treatment. It helps to know that someone is watching, ready to take action if needed.