Pot and the NFL Draft

A key trait of the addict is a weird ability to function despite the presence of high concentrations of a drug. 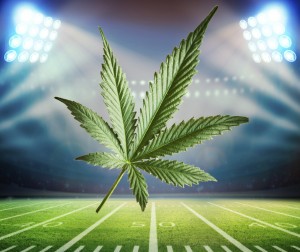 This was NFL Draft week, and yet again several potential high draft choices found themselves slipping in the ranks due to positive drug tests in the recent past.

I don’t know why we’re surprised; it happens every year. This year the kerfuffle centered on defensive linemen Randy Gregory of Nebraska and Shane Ray of Missouri. Both dropped from likely top ten picks. Ray went 23rd, to Denver, while Gregory, arguably one of the five best players in the class, fell all the way to number 60.

Ray was arrested on a misdemeanor possession charge only a few days before the Draft. Denver’s general manager described the player as “very remorseful. He realized he made a mistake. He told me it wasn’t going to happen again.”

A promise. That should make us all feel better, right?

Gregory had tested positive for pot at the massive pre-draft scouting combine in mid-February. His explanation: “I made a real dumb decision… I’m just ready to fix it. The best way I know how to do that is to go out there on the football field, make plays and carry myself the way I was brought up by my parents.”

Most fans find this sort of behavior baffling. There’s so much at stake — why can’t these guys exercise a bit of common sense and leave off smoking pot a few weeks prior to the big event?

A good question, but I suspect we already have the answer. It may not be stupidity. We all know that people with substance use disorders take precisely this sort of risk, often on a regular basis. It’s how finally they get caught.

The fact that these were apparently high-functioning types shouldn’t surprise us. A key trait of the addict is a weird ability to function despite the presence of high concentrations of a drug. Not just athletes, either. Scientists, physicians, lawyers, spiritual leaders, business executives, government officials — you name it, and addicts have functioned at high levels in almost any field.

David T. taught English at prestigious prep school and did it so well his colleagues voted him Teacher of the Year twice in three years. David was also a chronic marijuana user. But as his own children began to reach adolescence, Dave’s wife began to worry about the example being set for the kids when they saw Dad toke up in front of the big-screen TV. Dave and she both came from family trees riddled with substance problems. Neither particularly wanted to pass that on to their offspring. So Dave made a firm commitment to quit smoking pot.

Three days later he reversed field, promising to confine his use to the garage. That didn’t last. After several more abortive attempts, he took himself off to the mountains for a summer of living by himself in a cabin, fishing for his dinner and working on a long-delayed novel. The first couple weeks were pretty tough but then began to feel substantially better. When fall arrived, Dave returned to work with confidence that lasted all of two days. Then he started mooching the odd joint off fellow pot-smokers of his acquaintance. Soon enough he was back buying from his regular supplier.

Then came the day Dave’s wife discovered a baggie full of suspicious plant material in their 12 year old’s bedroom. That precipitated yet another crisis. Wiser now, Dave chose professional help and eventually, after a few more false starts, learned to live cannabis-free.

The point is that at any point during the three year period when he was outperforming all the other teachers in this very prestigious institution, Dave would have certainly failed a drug test. That is, if anyone had bothered to make him take one. Which nobody did.

Maybe something like that is going on with those unfortunates trying to get into the NFL. Or maybe they did get tested before, and failed, but somebody concealed the fact so they could keep playing.

After all, there’s a lot of money at stake, isn’t there?

The program where I am now employed uses a harm reduction versus an abstinence-based model when approaching individuals with substance use concerns. The bottom line with that model is the question: How is your substance use preventing you from achieving your goals? No harm? No foul.
This is not to say some individuals may be better off abstaining from a particular substance if it is destroying their lives. Some people are unable to use alcohol in moderation. From a harm-reduction perspective, abstinence is the best choice for those individuals. AA and other mutual aid societies are filled with members who have tried – and failed – to moderate their use, and they have found success through practicing the principles of the 12 steps to restore their lives to balance.
The summation statement (from the HR point of view) for your article may read: Maybe the problem isn’t the use, but the tests.
The real issue is whether the individual’s performance is being negatively affected, and if so – how can they get help, not how can they be punished.