The author correctly observes that the type of treatment offered for addiction will reflect prevailing beliefs about addiction itself– its causes, effects, likely outcome. 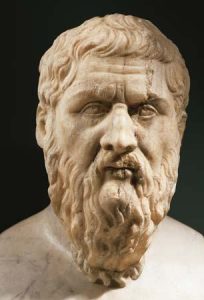 This is a piece by an academic philosopher who considers our current struggles with addiction from the perspective of the Western philosophical tradition– as far back as Socrates and Plato.

People are dying because we misunderstand how those with addiction think

I’m always interested in how addiction appears to thinkers from diverse  disciplines such as history, sociology, economics, political science. Sometimes it illuminates an aspect of the problem that the rest of us have missed.

The author correctly observes that the type of treatment offered for addiction will reflect prevailing beliefs about addiction itself– its causes, effects, likely outcome. And because we in the US have traditionally viewed addiction in moral terms — as a matter of good versus bad conduct — our response has been moral rather than medical.

Take alcoholism. As the authors of one popular book1 put it, the moral views of the American public could be described in terms of two broad models.

But something changes when we consider substances such as heroin or cocaine. Our views are still based in morality, but the focus shifts, away from the need for personal responsibility, and towards the user’s decision to deliberately break the law. For many Americans, that’s where the problem begins and ends — with lawbreaking.

“He knew it was illegal,” someone will say, usually with a shrug. “Yet he went ahead and did it. His bad decision. The rest is on him.”

The effect of this shift is obvious. A large segment of the public has come to believe that alcoholism is treatable and recovery is possible. The majority do not feel that way about other drug addictions. “Those people never change,” you’ll hear someone say. “Why not just lock ’em up and throw away the key?”

Because it doesn’t work. But good luck convincing many of our fellow citizens of that.