From a patient’s viewpoint, physicians can be somewhat blase’ about risks associated with a medication. 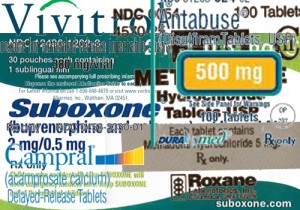 Many years ago, I became friends with a researcher at the massive academic medical center across the street from our program. One day over lunch he suddenly looked up at me and blurted: “We’re going to cure it!” Cure what, I asked? “Alcoholism!” He was positively glowing.

“You’ll see,” he said, mysteriously. “All I can tell you is, it’s a medication, we’ve perfected it, and it works!” He wouldn’t say more, and I went back to my tuna sandwich.

A few days later I took a group of our inpatients to hear the late Sandy B., famous 12 Step speaker, talk to an audience of 300 in the university auditorium. Afterwards I mentioned to Sandy that a cure was on the way, and he’d have to rework his talk. “Happy to do it,” he replied, appearing none too concerned about the extra work involved.

This was back in the mid-80’s. The cure never arrived. I don’t know why not– my friend the researcher went elsewhere.

I have noted a longstanding quest for a medication that would amount to a cure for various substance addictions.  One presenter at a hospital Grand Rounds enthusiastically reported success using Ritalin to suppress drinking in chronic patients. He cited a case where one subject had cut consumption in half, from two fifths a day to one. He was preparing an article for publication. I don’t know what happened there, either. My guess: The patient didn’t sustain his ‘success’.

Back to the present: now comes Baclofen, a hot topic in France. The French have struggled with alcoholism for a very long time. Jellinek’s delta pattern has sometimes been referred to as “French” alcoholism. It involved steady drinking to control symptoms of withdrawal and avoid both obvious intoxication and anything resembling sobriety. Maintenance drinkers were noted for their elevated tolerance as well as their ability to function under the influence. At least until the organs began to fail.

Here’s a Guardian piece on the pros and cons of Baclofen.

Like others, this med draws both enthusiastic support and worried criticism. The skeptics offer some rather spectacular examples of manic psychosis associated with use, including suicidal behavior. According to the article, physician advocates counter that “… if Baclofen can help half of the 120 people a day who die from alcohol-related diseases while only a tiny percentage experience severe side-effects, there’s no question it should be used…” One of the critics reports that “doctors [are] keen to remind me that some people died when the first vaccines were being tested on them.”

From a patient’s viewpoint, physicians can be somewhat blase’ about risks associated with a medication. After all, as the saying goes, autopsies seldom benefit those upon whom they are performed.

I wonder why it’s so important that medical science ‘cure’ alcoholism. Am I alone in thinking it unlikely that something as complex as an addiction– involving genetics, adaptation, conditioning, and other factors– would succumb to the power of the pill?

I wouldn’t be surprised if Baclofen turns out like its predecessors– of considerable value to some, little or no use to others, perhaps dangerous to a few. If I’m wrong, of course, I’ll be happy to admit it.