We can’t be too surprised at the extraordinary lengths that owners and CEOs will go to hang onto those profits. 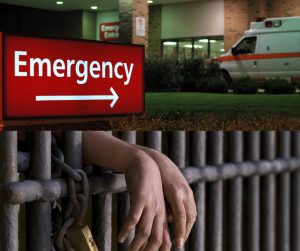 You may have missed this first person article by a former Oxycontin user, arguing against Purdue Pharma’s attempt to shift blame for addiction onto the shoulders of sick patients. It does feel a bit skeevy. Still, blaming the patient is such a tried and true defense that frankly, I’d have been surprised if they hadn’t resorted to it.

By the way, for more on the complex legal issues involved in the opioid lawsuits, try the Vox website.

Back to this practice of blaming the patient: That’s a relic from an earlier time, when so-called “moral” models dominated our thinking about addictions. Even now, when so many Americans identify addiction as a disease, they remain highly judgmental when it comes to its  victims. On an emotional level, addiction is still viewed as the user’s own darn fault.

It’s the same for drinking. The Temperance movement of the late 19th and early 20th centuries framed alcohol abuse as the inevitable result of indulgence in “demon alcohol.” Post-Prohibition, this was succeeded by a different moral model, which emphasized weakness of will and defects of character. “It’s a matter of willpower,” people would insist. “Take responsibility for yourself. Anyone can stop after two drinks, if they put their mind to it.”

It’s the same argument that Purdue Pharma used to justify its continuation of a fabulously aggressive marketing campaign, despite disturbing indicators that things weren’t going as planned. This is a legitimate, FDA- approved medication, went the argument. “Good people need our drug. We can’t be held responsible if others choose to abuse it. They must be bad people. If bad things happen– arrest, overdose, addiction– it’s on them.”

It makes for an awfully convenient excuse to market a product that increasingly appears to be doing more harm than good. And there’s all that money to think about. Tens and hundreds of billions, we’re told. We can’t be too surprised at the extraordinary lengths that owners and CEOs will go to hang on to profits of that size. It’s only natural that they rationalize and defend their actions, much like a drinker in denial.

It’s up to us, the public, to understand how we’re being manipulated by sophisticated professional marketers, and take precautions against it.

Just as we would against the threat of a computer virus. Because once the hackers are inside our system? It’s real difficult to root them out.