I always encourage family members with concerns about a loved one’s opioid use to communicate directly with the prescriber. 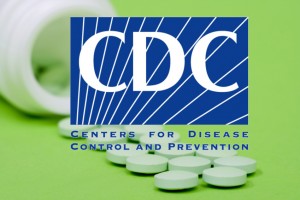 The Centers for Disease Control, or CDC, just released its new guidelines for prescribing opioids for the treatment of pain. I’ll let Dr. Frieden, chief of the agency, explain it. He does a better job than I could.

In brief, the key elements are:

Don’t turn to opioids as the first option for pain. With exceptions, of course, for cancer pain, as well as for palliative care– where the aim is first and foremost to provide relief from symptoms, pain, and stress of a serious illness, regardless of the diagnosis. End-of-life cases are also excepted. Physicians are advised to look at other options for chronic noncancer pain (for which opioids have often been a default response).

The second recommendation is more fundamental: The prescriber should initiate treatment with the lowest effective dose of the medication. I’ve heard stories about this for several years. Apparently a number of physicians, reassured by questionable sources of information, have assumed that low doses are uniformly ineffective and the desired outcome is to achieve a higher dose as soon as possible– preferably, right away. I’ve talked to several patients who were very enthusiastic about this approach, but they were opioid addicts. It might make for some additional inconvenience and perhaps discomfort for the legitimate pain patient, but I imagine the physician could justify a higher initial dose where circumstances dictate.

And third, don’t just prescribe the med, monitor it. This is aimed at reducing an ongoing problem in medication management. Monitoring med use doesn’t fit easily into those 11 minute office visits our healthcare system is enamored of. Maybe folks will have to slow down a little. I’d hope that insurance companies and other payers would reward the practitioner financially through incentives for better management and overall quality of pain care. It’s worth it in the long run, and probably the short.

Something I might add: I encourage family members with concerns about a loved one’s opioid use to communicate directly with the prescriber. I even made a point of this in an earlier video. A physician visit is just a snapshot of the patient’s real condition, and those who are close to the patient have a much clearer view of what actually goes on. It’s not a big step to contact the office staff to provide helpful information that they may not have. Something that can be added to the record and hopefully, followed up on.

A few years back, I was approached by a young  man of 25 who had  questions about his father’s opioid use. He was describing to me the things family members usually witness when someone they’re close to has a developing pill problem. I asked if he’d spoken with clinic. The thought startled him. “Oh my god no!” he exclaimed. “My dad would kill me.”

“Why?” I asked. He shook his head. “He just would. He doesn’t want anybody interfering with his pills.”  Again, I asked: Why? “Because he really needs them,” was the reply. “For his back,” I said, “or some other reason?” Of course, we both knew what was really going on. Somebody just needed to say it.

We negotiated a minor agreement. The young man would contact the nurse manager at the clinic, a less radical move in his estimation than speaking to a physician. He would simply describe what he’d seen in the home, and let her draw her own conclusions, without his comments. That way, it wouldn’t feel so much like ‘snitching’ on his dad.

Apparently his father never found out, but things began to change. I got an e-mail a few months after, from the student, saying things had improved. There were fewer episodes of obvious oversedation, and his father now complained about having to meet periodically with the nurse about other options for pain relief. From the son’s perspective, it was major progress.

A small step, but an important one. Initiated through a simple act of communication.