Nonetheless, in most instances it’s an a priori resistance rooted in fear, rather than legitimate objections. 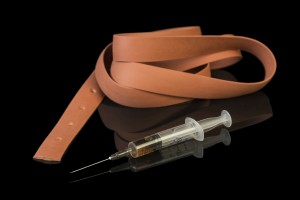 This is a fascinating report on one city’s rejection of an existing, apparently effective needle exchange program operated by its own Health Department. When I read it, I couldn’t help thinking of NIMBY at work. NIMBY stands for “Not In My Back Yard”. It’s a well-recognized social phenomenon where a neighborhood or community rejects a healthcare or social program in their midst on the grounds that, well, we know “those people” need it, but would you mind putting it somewhere else? Where we don’t have to look at it?

Anybody who’s been involved in locating a site for an addictions or mental health facility is familiar with this reaction. It’s often a major obstacle to finding places for opioid treatment programs. Some of that is plain prejudice, and some is based on experience. I’ve worked with a few OTPs that I wouldn’t want in my neighborhood, but that’s because they were poorly managed. Nonetheless, in most instances it’s an a priori resistance rooted in fear, rather than legitimate objections.

But the emotions behind NIMBY can be remarkably powerful. I recall the response of one of my neighbors to the prospect of a mental health home in our neighborhood. I happened to know the provider was responsible and well-run, with a record of success elsewhere. In other words, exactly what we should be welcoming. But my neighbor’s response was based on a traumatic experience from her own past.

For her, the choice was clear: If they came, she would have to move.

On the other hand, if we allow people’s fear to push such programs to the edges of town, we create “ghettos” of “undesirables”. That’s not what we want, but it is what we often get.

In a number of cities, the compromise has been mobile needle exchange sites, along the lines of those used for Health Dept. outreach. A van or bus shows up, parks in a public lot at scheduled times, and IV users line up to exchange needles. A hostile community can’t prevent that, so they usually accept it. “We don’t go outside on Wednesday and Friday mornings,” one longtime resident informed me. “I don’t want the children exposed to that sort of thing.”

It helps to remember that the primary purpose of needle exchange is to reduce the risk of infectious disease. It’s a way of preventing or at least minimizing the HIV /AIDS problem in a city or town. And if you’ve ever been around during a mini-epidemic, you know how dangerous it can be. And how it can quickly overwhelm the healthcare resources of a community.

No, it isn’t doing much to address the problem of stigma. But it is reducing harm. And that’s the real justification.

It’s not just IV drug users who benefit. We all do.