I’m all in favor of wider access to good mental health care, and since drug and alcohol problems are included, I thought this might be an opportunity to point out some serious flaws in this approach. 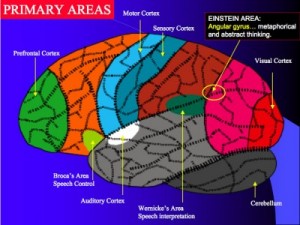 I normally stay fairly close to addiction topics, but in recent weeks we’ve confronted two more horrific mass shootings, and heard various political figures argue that more mental health care is the real solution to prevent future such killing. I’m all in favor of wider access to mental health care, but as the primary solution to gun violence, it has some serious flaws. Enough in my opinion that it’s almost guaranteed not to work.

Problem one: Even if we could make treatment free and readily available to all comers, regardless of income, background, or location — and I see no signs of that in the near future — there would still be large numbers who turn it down flat. Typical reasons: 1) they don’t believe they need it; 2) they’re concerned that people might think less of them; 3) they’re firmly convinced that mental illness is a term that applies only to others (“those people”).

How do we reach them? It’s the same obstacle we face with the millions of Americans who regularly operate cars, motorcycles and boats while under the influence of alcohol and drugs. We might be able to treat them, but first we’d have to catch them.

Problem two: a person with mental illness is no more likely to commit crimes than the rest of us. Opponents of gun control often exaggerate the links between violence and mental illness, conveniently ignoring the research that exists to contradict that. See the references at the end of this article.

Taken together, this makes mental illness a poor candidate as a “red flag” for impending violence. There does however appear to be a strong correlation with men who have a history of domestic violence. As red flags go, that might be the superior choice.

Problem three: The notion that a skilled mental health professional can accurately predict violent behavior, even when the patient is already in treatment, is questionable. There are hundreds of examples of failure. For one thing, a patient may go out of his way to conceal such urges from the therapist (in that respect, it’s a lot like alcohol or drug abuse). That’s if the patient has recognized them in the first place — some do not.

It’s long been my belief that if a wide enough swath of the population has access to certain types of weapons, it won’t be long before they start coming up with reasons to use them. And opportunities for so-called “spectacle” violence abound — just about any crowd will do.

Likewise, when were we ever short of people who harbor a burning resentment against one thing or another? It’s a growth field.

To my mind, there are dozens of other proposals already on the table to reduce gun violence in America. Why not put some of them into practice as well? Then access to mental health care might make a difference, and the therapists would have a fighting chance.