LSD in the UK

I recall several cases admitted to the inpatient psych ward at one hospital where I worked in Boston, usually with severe psychotic symptoms. 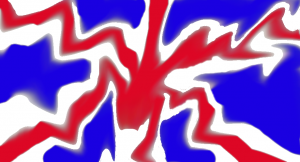 Amanda Feilding: ‘LSD can get deep down and reset the brain – like shaking up a snow globe’

This is as much a tale of true eccentricity as it is about psychedelic drugs. It involves a 76 year old British countess who has devoted her life to promoting LSD and other hallucinogens. In fact, she’s been a driving force in the relaxing of policy restrictions on research. According to the article, her long quest began at age 6 with a game she would play on the grounds of the family estate. She believed a grass mound and a tree stump housed a private god. She would attempt to make the god laugh (don’t ask me how). When she succeeded, she felt what she described as “..that kind of orgasm experience that I think a lot of young children have and then forget”. She never forgot.

Anyway, it’s a fun read, especially if you’ve encountered members of the English nobility. Turns out she’s still a key figure in the UK pro-hallucinogen movement. Apparently Michael Pollan, who wrote last year’s bestseller on the subject, visited her but decided not to include her in his book. Too bad, because  people such as the Countess, with the money and resources to pursue their special interests, are often the driving force in such efforts. We may not hear much about them, but they exist.

At one point during the interview, she asserts that “…psychedelics are non-addictive.” That caught my interest. I was taught that with LSD, tolerance— that reduced response to certain drug effects that comes with repeated use– develops so rapidly that daily use isn’t possible. A kind of drug holiday is required to allow tolerance to return to normal levels. These, I was told, are true drugs of abuse rather than dependence or addiction.

I took them at their word although it did occur to me that an LSD dosage is so small (measured in millionths of a gram) that it should be possible to overcome any recent tolerance with a larger dose. And I knew people could and did in fact overdose, often painfully, on LSD. I recall several cases admitted to the inpatient psych ward at a Boston hospital in severe psychosis. Sometimes the crisis passed as the drug left the system, but in other cases, the psychosis hung around for several months. Of course this was back when LSD was produced by outlaw chemists known for their extremely relaxed standards of quality control. Like there were none.

Those were the bad old days. Oh wait, they’re still going on, aren’t they?

Later on, during the 80’s, when I ran treatment centers in California and Maryland, I would occasionally run into patients who self-identified as “addicted” to LSD. I’d question them about their experience. One 18 year old reported being under the influence of LSD on a daily basis. He did in fact use other drugs on occasion, mostly stimulants, but he was clear that it was LSD he depended on. I was startled to learn he was an honor student and active participant in sports. How is that possible? I wondered. You’re dropping acid on the way to volleyball practice?

To him, it seemed  natural. He liked the way the drug made him feel. Classes were less boring on acid. So long as his grades didn’t suffer, what was the problem?

Another patient, in her early 30’s, reported near-daily use from age 15 through 25, when, encouraged by the inevitable boyfriend (there must be a lot of these dudes around), she transitioned to cocaine and then on to heroin. Her opinion: LSD had been her ‘gateway’ drug to other addictions. Once again I asked questions: How did she overcome her escalating tolerance? Her response: “What tolerance? I used the same dose, I got the same high.”

Hmm. I hate it when human examples contradict the science. I wish they’d stop that. It’s so inconvenient.

Anyway, amidst the glowing praise in the popular media about the vast potential of LSD in therapy, I can’t help wondering, where are the contradictory reports? I know they’re out there somewhere. They always are.

Maybe the reporters aren’t talking to the right people.