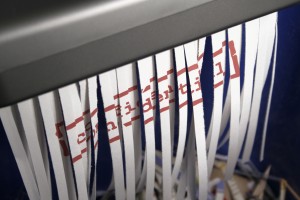 Josh Hamilton– who over the past decade has been the most publicized recovering addict in major league baseball — has had another relapse.

Josh’s story has had its ups and downs. He began as a phenom of Mantle-esque promise, drank and drugged himself out of baseball, fought his way back, and for several years in Cincinnati and Dallas was one of the very best players in the whole sport. A true superstar.

The big payoff came when Josh signed a $128 million megadeal with the oddly named Los Angeles Angels of Anaheim. He spent the past two seasons on and off the injured list, producing about half the expected total of home runs, and finally self-reporting he had relapsed to cocaine and alcohol. He turned himself in to the treatment folks and the League and asked for their help.

As several sportswriters have observed, that last bit was supposed to be confidential. Somehow it leaked, as these things tend to do. It was the hot topic on sports talk radio, generating a few million Tweets, most promoting the idea that Josh should be drawn and quartered for breach of trust with the fans. The fans are a tough audience for a fallen star.

Things cooled down after a few weeks, as they do. Hamilton had another shoulder surgery and didn’t report for spring training. The Angels wanted him disciplined by the League, probably in hopes of getting out of at least some of the $83 million they still owed on this contract. There was a hearing, the review board deadlocked, and the case went to arbitration. The arbitrator decided in Josh’s favor. The club owes him the remaining cash. They not at all happy about it.

Here are the issues that led to the arbitrator’s decision. First, baseball doesn’t class cocaine with the performance enhancing drugs that Alex Rodriguez admitted using. Instead, it’s considered a “drug of abuse”, meaning those who seek treatment are entitled to the same legal protections as anybody else with a drug problem. Most of you reading this probably know what those are.

Second, Josh hadn’t flunked a random drug test. He turned himself in. I guess we could say he called the  treatment cops on himself. In doing so, he wasn’t out of compliance with his program– he was following it.

Third, nobody should have known about this in the first place. Somebody broke Josh’s confidentiality, and sources within the team are a prime suspect.

Once the barn door was open, the horses lined up to comment. Official team statement: “The Angels have serious concerns about Josh’s conduct, health and behavior and we are disappointed that he has broken an important commitment which he has made to himself, his family, his teammates and our fans.”

Wait a minute– what about Josh’s legal right to confidentiality? What about the integrity of MLB’s joint drug agreement? Suddenly that’s not important?

To make a long story short: After the arbitrator closed the door on further hearings, the team traded Josh back to the Rangers for the proverbial ham sandwich and Diet Coke. And unless their attorneys can figure a way out of it (and believe me, they’ll try), the Los Angeles Angels of Anaheim will likely wind up paying his salary while he hits home runs for somebody else.

It’s not like the team didn’t know this could happen when they signed that mega-contract. And now they have to live up to it.

Meanwhile, Josh went through a period of entirely unnecessary public humiliation, of the sort that patient confidentiality laws exist to prevent.

I wonder…as part of his amends in, a 12 step treatment which I hope he attends, does he plan to give back the money he in essence is obtaining while not even working for it? Isn’t THAT the show of true recovery? Why the story if you’re showing how recovery DOESN’T work?