There’s long been evidence of a reciprocal relationship between cocaine and heroin use. 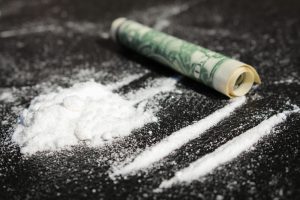 The resurgence appears to have begun in 2013, with bumper crops in Colombia that eclipsed even traditional sources like Peru and Bolivia. The Colombian cartels had for a long time focused on distribution, but now seem to have expanded to include production.

The US market for the drug already exists. The most recent survey reports that close to 5% of Americans between the ages of 18 and 25 say they used cocaine during the preceding 12 months. That’s some 1.7 million young adults. The increase is heaviest in the Northeast, led by New Hampshire with a whopping 10.5% reporting use. Of those who describe themselves as new or first-time users, 7 in 10 fall into that 18-25 group. That’s not good.

With America already in the midst of an opioid epidemic, and with cannabis use at record levels, it’s no big challenge to find customers. Cocaine is easy to transport, brings high prices for small amounts, and yields remarkable profits.

There’s long been evidence of a reciprocal relationship between cocaine and heroin use. The practice of speedballing, for instance.

It’s a way for the user to get past an elevated tolerance, to re-experience some of the almost-forgotten euphoria of early drug use.

Teens and young adults are probably too young to recall much about the cocaine/crack epidemics of a couple decades back. Like their predecessors, they’re prone to view themselves as “different”, and smarter, than earlier generations. Bad things, they assume, won’t happen to them. It’s human nature, and a big reason society seems to repeat the same mistakes over and over.

Cocaine and crack don’t produce the classic physical withdrawal syndrome of opioids. But compulsion and loss of control may be even more dramatic than with heroin, and adverse consequences more severe.

This would be a good time to re-establish some of the effective public health strategies from the previous epidemic. That’s assuming there’s enough public health infrastructure remaining to make that happen.