There are just too many ways to get drugs across borders for a fence or a wall to make that much difference. 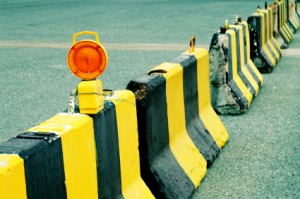 One of the arguments advanced in favor of building a gigantic wall on the US-Mexico border is the potential impact on drug trafficking (heroin, cocaine, etc). But as far as I can see, that’s mostly fantasy. There are just too many ways to get drugs across borders for a fence or a wall to make that much difference.

For instance, check out these enterprising smugglers, who employed an air cannon.

Looks like all they had to do was steal a van from the city government, outfit it with a homemade 10 foot metal “cannon” powered by a compressor, then shoot contraband through a hole in the roof, right over the border.

Even a 30 foot wall is no obstacle for an air cannon. Besides, don’t we live in an era of drone technology?

Maybe a wall would deter some people from crossing, but probably not the ones you most needed to stop. I’d think that any strongly motivated criminal– a smuggler, or somebody on the run from the authorities– would find it easy enough to circumvent.

What about tunnels? Plenty of those around already, with more being built. Some resemble underground streets.

Then there are the cost issues. Construction, repair and maintenance, followed by 24 hour monitoring, and finally, enforcement– who pays for that? Good luck getting another government to take it on.

It’s the same problem we face when we install an extended network of security cameras in and around a factory or a military base– we then have to find the money to pay people to monitor the cameras, and pay other people to keep the system in good working order. It all adds up. And that becomes  an issue around budget time. Once the political process moves on, legislatures start looking to make cuts.

Also, what about the prospect of increased domestic drug production? If we close borders, doesn’t that incentivize an aspiring Walter White (Breaking Bad)? If a high school chem instructor and his failed student can plausibly construct a major meth lab from an old Winnebago and a few pieces of stolen lab equipment, why couldn’t they expand to synthetic opioids, such as fentanyl? It’s just not that big a transition. And wouldn’t an influx of such substances actually increase the risk of OD fatalities among users?

So in view of the above, I guess my question has to be the one often asked by John Oliver: Why is this still a thing?