Some people are surprised that someone could function at such a high level in public despite significant drug use, but that’s something addiction has been known for. 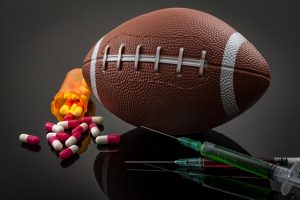 And the truth did emerge in two recent instances, both of which involved professional athletes, fentanyl, and a whole lot of self-deception.

You may have read about the death of Tyler Skaggs last July. He was a promising 27-year old pitcher for the Los Angeles Angels, and in fact he died in a hotel room on a road trip to Texas. It came as an enormous surprise to the fans, as he was otherwise healthy and had no known history of substance problems. But when the cause of death was finally released, it was a familiar one: overdose, on fentanyl, oxycodone, and alcohol.

This link is to a recent analysis of a lawsuit filed against the Angels on behalf of Skaggs’ family. Apparently Tyler had been involved with opioids for quite a while, some of which had been supplied by a longtime member of the team’s PR staff who had a serious problem of his own. According to that gentleman, he’d used drugs not only with Tyler but with five other LA players as well.

He admitted to having supplied Skaggs with oxycodone on a number of occasions, but denied being a source for fentanyl. In today’s environment, where fentanyl shows up in all sorts of other substances, I don’t think anyone can know that for certain. He went on to insist that the last time he’d given Skaggs oxycodone– some three days earlier — the player had simply swallowed them on the spot. Therefore, he argued, his opioids could not have been responsible for Tyler’s death more than 72 hours later.

Some defense you have there, fella.

Legal experts have pointed out how challenging it is to demonstrate employer liability in a situation where a responsible adult has chosen to use illicit substances without the employer’s knowledge. The family’s attorneys will counter that the team had a problem they should have recognized and didn’t. I wouldn’t venture an opinion as to the resolution, except there will no doubt be bad feelings on both sides.

Onto the second case: this involves the arrest of Jeff Hatch, a former draft choice of the NY Giants who had emerged from his own struggles with opioids to become a leading voice for recovery in New Hampshire, a state hard hit by the epidemic. Here, the surprise came when he was unceremoniously arrested, charged with dealing fentanyl. Turned out he’d relapsed a while back and had been both using and selling opioids, all the while representing his employer, a prominent nonprofit treatment provider.  You can read about it yourself. Here’s the Jeff Hatch story.

Of course many in the public are amazed that someone could function at such a high level despite significant drug use. But that’s something addiction is known for. The real mystery is how his boss at the treatment provider — a close friend, often in Hatch’s company, and himself in longtime recovery — — could have missed the signs.

It reminds me of those stories about families that discover that dear old Dad has another wife and more kids hidden away in a nearby city. “We had no clue,” they say. It’s likely there were clues, but the notion of someone close to them engaging in that level of deception was just too foreign to accept. Until they day something happened and the Big Secret was finally out in the open.

Of the two, Hatch was the lucky one. He’s still alive. If fortune had been with Tyler Skaggs, somebody would have found and revived him while there was still time. Horribly embarrassing, for sure. But not fatal.