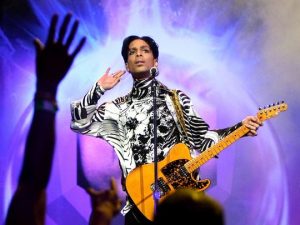 The criminal investigation into the death of Prince is finally over. No charges filed.

Counterfeit Vicodin was responsible for the fatal overdose. It turned out to be fentanyl doctored to look like the real thing. I hate to think how easy it is to get hold of such meds in the current climate.

That’s always been the issue with illicit drugs– you don’t know what you’re taking. There’s no FDA approval process, no safety standards in place.

Counterfeit opioids, stimulants, and sedatives have been around as long as I can remember. For a number of years, the principal risk was adulteration– that there would be little or no active medication in your purchase. From the user’s perspective, a classic rip-off. After all, who are you going to sue?

Now, the danger is that your next dose might be your last. Especially if you take a larger dose, as Prince may have done. That suggests he was either in a great deal of pain at the time, or he knew he had developed a tolerance, and reasoned that he needed more of the drug to get relief.

It seems the investigators were never able to determine where this particular sample of fentanyl originated. Possibly from one of his employees, or friends and associates, or another source entirely. When your boss is in pain and insists you, his personal assistant, procure opioids, in secret– what do you do? Maybe convince a physician to prescribe Oxy under your name instead of his. Or make a call to a dealer who says, sure, he’s got what you need (they tend to say that, regardless).

Is it your fault if something disastrous happens? That wasn’t the plan, after all.

Families understandably want someone punished for their loss. Often the law can accommodate that, as with the physician in the Michael Jackson case. But not always. Charging someone with the crime is a long way from proving guilt. And prosecutors are reluctant to take on cases they do not believe they can win.

About that physician who prescribed Oxycodone for the singer under someone else’s name: He’s agreed to a $30K fine and a period of ongoing supervision of his prescribing practices. Some in the field think he got off relatively easy. But given all the publicity in a tight community like the Twin Cities, I’m sure he’s worried about his patients deserting him in droves.

On the other hand, could be the publicity will actually attract some new customers. People are strange.

An observation: time and again, we’ve seen how difficult it is for people to say no to the rich and powerful, especially when they happen to be the employer. Their livelihood is at stake.

Look at the current White House. You work for that guy, you want him mad at you? I don’t think so. Better to go along to get along.

It applies to personal physicians, too. I recall one case that involved the scion of a fabulously wealthy clan. He was chronically dependent on heroin and cocaine, yet despite years of problems, had never made it into a treatment program of any kind. Instead, his physician periodically had him admitted to one of three hospitals where he had privileges. Two of these hospitals had detox and rehab programs, but the patient never landed in one. Instead, he went to a private room on a medical floor. It was an open secret. Nobody challenged it openly. The patient’s attorney would visit him daily– an effective form of intimidation for nursing staff.

The patient liked to joke around with his physician in front of the staff. “You can be replaced, you know,” he’d say, to uncomfortable laughter. Of course the doctor knew that all too well. If he didn’t provide the service as the patient dictated, someone else would.

Ordinarily in a patient-physician relationship, the patient is dependent on the doctor. With the rich and famous, it can work the other way as well.

Of course, the Oxy prescribed under someone else’s name isn’t what killed Prince. It was the street drug disguised as a prescription painkiller.

The real solution would have been for Prince to have received treatment for his drug problem, which by this time was a far bigger issue than his somatic pain. The buprenorphine that arrived too late would have helped. Or he could have received methadone at a private clinic. Plenty of treatment options in the Twin Cities.

So why didn’t it happen? Now that’s a mystery.

Sorry, Sam, hate to mess up a good conspiracy theory, but counterfeit Oxy and Vicodin that contain fentanyl are now the subject of many warnings. Here’s a piece from last December.
https://old.treatmentandrecoverysystems.com/blogs/thinking-about-addiction/beware-lookalikes/

People feel safer using something they think is a prescription med, for obvious reasons. More so than street stuff. And given the reality that fentanyl is cheap and available, counterfeiting makes perfect economic sense. Many ODs are folks who think they’re using something safe.

“Counterfeit Vicodin was responsible for the fatal overdose. It turned out to be fentanyl doctored to look like the real thing.” That’s your lead in the article, above, but something’s off about the conclusion of the investigators. There’s no profit motive for ‘doctoring’ up fentanyl to look like a (weaker drug) Vicodin. If anything, dealers try to make a less-potent substance pass as the real thing (eg, mixing dried, chopped parsley in with pot) to make a bigger profit. But not the other way around. Unless someone tried to murder Prince. Poison is often a woman’s weapon of choice. And recent news reports allege that Prince was abusive. There was always an undercurrent of violence and misogyny around Prince. Purple Rain. Then he changed his name to a balance btwn yin and yang. But dont know how to it! Intriguing guy.