In the News: The Kratom Debate

The real issue is that Kratom use is already so widespread that attempts at a total ban would inevitably create hardship for those who are already dependent on the drug, as well as fuel the appearance of a thriving black market. 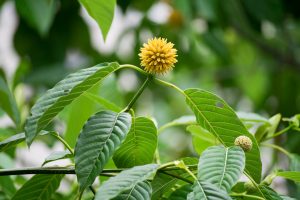 An extended article provides a useful update on the Kratom debate. It’s a challenge to find media accounts that consider both sides of a controversial issue. This one is by Nick Wing at The Huffington Post, who’s written extensively on the subject. It addresses the issue of the drug’s role in recent fatalities.

I’ve written a couple posts on Kratom over the past few years, largely out of concern about its popularity among folks living in recovery homes in Florida. People were insisting that Kratom was the only thing that prevented them from returning to heroin. An unregulated plant substance that took the place of methadone or buprenorphine maintenance? And it wasn’t even an opioid? Surprising, to say the least.

I won’t get in the middle of the debate, except to note that there is a tendency to overstate matters on both sides. Public health officials do lean towards issuing dire warnings about the hazards of Kratom use, because that’s what they see in Emergency Rooms. Advocates for a drug are definitely prone to minimizing those same risks. There’s no better evidence that than the origins of the prescription opioid epidemic.

For me, the real issue is that Kratom use is already so widespread that attempts at a total ban would inevitably create hardship for those who are already dependent on the drug, as well as fuel the appearance of a thriving black market.  Just what we don’t need. Also, from a treatment standpoint, the fact that so many Kratom users have a history of drug disorders leads me to suspect they’d simply go back to street drugs. That’s more bad news, since so much of the street drug supply– not just heroin,  but cocaine, benzos, methamphetamine, etc.– contains fentanyl, the main culprit in our epidemic of overdose fatalities. The latest count: 72,000 lives lost in 2017.

Which means it’s way too late for simple Prohibition.

I can’t help thinking there’s a workable compromise out there, if people would look for it.