In the News: The End of a Pill Mill

“If the patient takes them for other reasons, or even resells them on the street– well, nothing I can do about that. It’s the patient’s own fault.” 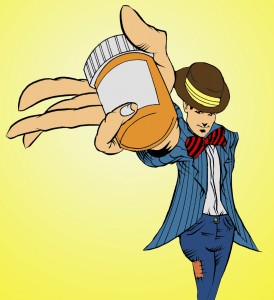 By now we’ve all read about the corruption of certain medical clinics that wound up playing a major role in launching the opioid epidemic. This very recent example features three prosperous clinics in Brooklyn. To me, it demonstrates the inventiveness of some doctors and their partners when it comes to enriching themselves at the expense of their patients.

In this case, a “side effect” of their alleged profiteering included 6.3 million oxycodone pills made available for resale on the black market.

So who are these supposed criminal masterminds? Three physicians, four office managers, three physician assistants, one nurse practitioner, and a physical therapist. Also named was a onetime elected official, identified as temporarily ‘out of the country’.

To be safe, the clinics apparently had an arrangement with a local lab that provided test results to support the prescribing of opioids.

Curiously, the lead physician is quoted as insisting that his clinics did not treat addicts. Instead, he claimed he and his partners were treating “…very, very sick people.”

It’s a convenient distinction, and more than a little self-serving. I’ve heard it many times from primary care practitioners and Emergency Room personnel. If I’m a medical doctor, the argument goes, my responsibility stops with treatment of a  presenting medical problem. So if I prescribe opioids for pain, I expect them to be used according to the directions. If the patient uses them in other ways, or perhaps even resells them on the street– well, nothing I can do about that. It’s the patient’s fault.

Picture someone in a white coat wagging his finger: “Baaad patient.”

Providers got away with this line of argument for many years. Some did landslide business of the type described in the article. The bills went to private insurance, Medicaid, or Medicare. Eventually, payers and prosecutors sniffed fraud. Investigations often took years. Still, a fair number ended the way this one has– with serious charges.

As to how it will all turn out, we’ll have to wait and see. The legal system is never entirely predictable.

It’s possible that one physician’s ostentatious lifestyle may have drawn unwanted attention. According to the article, he was featured in a 2013 NYT piece on fashion trendsetters in his Brooklyn community. He compared life there to his previous career practicing medicine in Russia. A quote:

“This style in Russia was almost impossible…I didn’t have enough money. I worked, and I still work very, very hard to have an opportunity to spend enough money to be stylish.”

At least he’ll have something nice to wear in Court.