In the News: Harm Reduction in West Virginia

He compares the patients he treats, who are often homeless, to “outcasts” and ‘lepers”, who have been “derided, despised, and marginalized.” 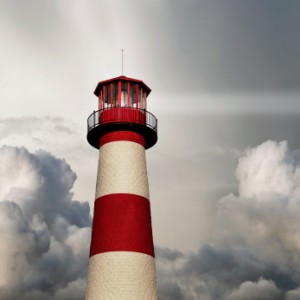 I found this article fascinating for two reasons. First, it’s about a program that operates at an epicenter of the current opioid epidemic. The problem in that part of West Virginia is among the worst anywhere, ever. It’s the sort of environment that demands special interventions.

Second, it’s a program that operates for the public benefit, but without public funds. As the article notes, the whole thing’s done with “donations, grants and volunteers”– the fundraising equivalent of mirrors. And yet they managed to serve 3,700 patients.

At heart, their harm reduction strategy is built around needle exchange. We sometimes forget that this approach was developed to inhibit the spread of HIV and STD among drug users who would otherwise share needles. As such, the program should be considered successful if it helps prevent the sort of crisis that swept one Indiana county a few years ago, when Mike Pence was Governor. That one jurisdiction recorded 200 new cases of HIV in a single year. That’s ridiculous. Imagine what it can do to a city or county health system.

Once we see HIV and STD as the focus, rather than drug treatment itself, the program is pretty easy to justify. Participants are in fact more likely to eventually find their way into addiction treatment, but the primary goal is to reduce harm due to intravenous drug use that, left to itself, could easily spiral into an AIDs epidemic. It’s not just about sharing needles; IV drug users have sex, too, sometimes for money. It’s another way to transmit disease.

Because the program is dependent on charity, its founder rightly frets about compassion fatigue,  defined as a growing “indifference to charitable appeals… experienced as a result of the frequency or number of such appeals.” It’s a real concern. Raising money doesn’t get easier as the years pass. That’s why public funding becomes essential.

The founder compares his patient population, who are homeless, to “outcasts” and “lepers” — “derided, despised, and marginalized.” Most have a long history of negative contacts with law enforcement and emergency personnel. Their trust level is zero.

Harm reduction programs can repair some of the damage, but not all.

The article closes with the physician’s observation that despite the Vietnam-sized annual death toll and our public commitment to a War on Drugs, America has never actually invested the resources comparable to a foreign war. I’m afraid that was true even during the Reagan years. Too much attention was paid (IMO) to a publicity campaign that proved ineffective.

Anyway, congrats to Dr. Brumage and his determined efforts. Be nice if government provided some help.