In the News: Anatomy of a Scam

Medicare spending on compounded topical drugs has surged 3400% since 2006. 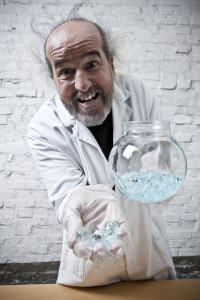 This one caught my interest for two reasons. First, the amount of cash involved: A cool $100 million. Second, the particular medications that were involved: Topical creams to treat painful injuries and scarring.

The scam itself has all the usual elements of insurance billing fraud– Willing physicians, cooperative pharmacies, greedy salespeople, and kickbacks. Most of it occurred in Texas and involved government payers such as TriCare, formerly CHAMPUS, which provides civilian health benefits for military personnel, including retirees, and their dependents. That’s a huge system and this wasn’t the first time someone attempted a fiddle. But as frauds go, it was unusually successful.

Here’s how the scheme worked: A ‘tame’ doctor would write a prescription for a ‘tame’ patient (one who had been recruited to the scheme). Both would receive a kickback. Example: an El Paso physician was paid $60 for each script he wrote for a pain med, and half that for vitamins, which the pharmacy also prepared. The pre-exam was perfunctory at best, often over the phone, and the result was virtually guaranteed.

It’s a volume business. The profit per transaction is small, so it’s necessary to write a lot of prescriptions for a large number of patients, to maximize revenue. And that’s exactly what happened.

About those topical creams: I hadn’t thought of them as abusable, but I was being naive. The secret is in the ingredients– often, psychoactive substances such as ketamine, gapapentin (anticonvulsant), baclofen (muscle relaxant), clonidine, and various antidepressants. That’s what ‘compounding’ means: Special preparations prepared by the pharmacy, that may not be available otherwise. There isn’t much oversight involved, as these are commonly for ‘off label’ use. A short article on the subject.

And as the author notes, “Medicare spending on compounded topical drugs has surged 3400% since 2006.”

Not surprisingly, such preparations can be tricky to manage. Here’s a case from a 2015 medical conference.

It would be easier to prevent frauds such as this if the US had a national healthcare database, but we don’t, and it doesn’t appear we’ll have one in the near future. So we rely on the insurance firms and their auditors to unearth conspiracies. Meanwhile, it’s another potential problem for the rest of us to be aware of.