In the News: A Truly Costly Epidemic

In this most recent example, the funds aren’t there. No new money attached.

This article revises the estimated “true” annual costs of the opioid epidemic at more than half a trillion dollars. That’s six times the previous estimate. 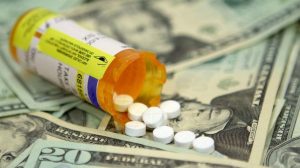 Why the disparity? First, and most obvious, is that the epidemic has become much worse in recent years, as evidenced by a dramatic increase in overdose deaths. Also, the old estimates tended to focus on prescription drugs and neglect the rapidly expanding problem with heroin and its relatives. Along with other factors, that allegedly understated the epidemic’s adverse impact, in terms of both new cases and associated costs.

As you may know, the White House has declared the opioid epidemic a “public health emergency”, a status that’s ordinarily reserved for reserved for outbreaks of infectious disease (hepatitis, avian flu); health emergencies related to natural disasters such as hurricanes or fire; and acts of terrorism. It  gives government temporary powers to help minimize the impact on society and hopefully prevent further problems.

I’ve heard it characterized as a ‘little sister’ to a real national emergency, which is what the President’s blue-ribbon Commission recommended. There are pluses and minuses to that designation, but the most important feature in terms of effectiveness has to do with funds that are attached to the emergency. In this most recent example, the funds aren’t there. There’s effectively no new money involved.

Why not, you ask? That’s the obvious question. If the epidemic is still growing, should we force government to rely on money diverted from existing resources to combat it?

States are free to set up drug courts, train doctors and healthcare workers, require insurance companies to cover addiction treatment. That’s all to the good. But how is this to be paid for? Especially given the ongoing effort to slash Medicaid, a primary source of funds for the most vulnerable populations.

It’s a puzzle, all right. Especially when you consider that 64,000 Americans died in the previous year, from prescription and illegal opioids. Doesn’t seem like the best time to be cutting back on services, does it? I don’t think that fits any model of good planning.

I hate to admit it, but it sure sounds to me as if the folks in Washington have given up. Written off the current generation as beyond help — a lost cause.

Am I being overdramatic? I sure hope so.