In The News: 56 Recommendations and Nothing On

When he speaks, he reminds me of others I’ve known who come from families that fought and lost a battle with addictive disease.

Panel Recommends Opioid Solutions but Puts No Price Tag on Them 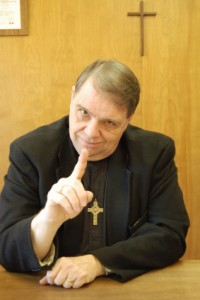 Bruce Springsteen once recorded a song complaining about the paucity of entertainment on cable TV. Title: “57 Channels and Nothing On.” So when I heard about the 56 recommendations from the President’s blue ribbon opioid commission, that’s what popped into my mind.

The consensus among my colleagues in the field, after a couple weeks of reflection: Big thumbs down. Their objection is simple. What’s the point, if there’s no money to make it happen?

The recommendations themselves aren’t the problem. This epidemic is  almost 20 years old, so strategies and tactics have already been tested.  The Commission missed out on a chance to expand needle exchange, which will be bad news for communities looking at a rapid uptick in HIV and AIDS cases. But the remaining recommendations are solid enough.

Still, does anybody in politics seriously expect the skeleton funding in place for these programs to make a dent in the still-expanding opioid epidemic?

Only possible answer is no. They don’t. If this were a mandate, it’d be a classic example of the unfunded sort. Which is why it may not become a mandate.

Donald Trump isn’t known for being a big softie, but his tone changes when he talks about his older brother, an alcoholic who died of the disease. When he speaks, he reminds me of others I’ve known who came from families that fought and lost a battle with a loved one’s addictive disease. They’re traumatized by it. Fearful of hope, almost defeatist.  They’ll shake their heads about the present situation and then pin their hopes on efforts to convince the very young to never, ever start in the first place.

We learned something from outcome research on programs like DARE: Teachers like them, kids respond positively to them, they make great stories for the media — and yet, somehow, when adolescence hits, grads of such programs are about as likely to experiment with drugs as if they hadn’t gone through the program at all.

Why? I suspect it’s because peer pressure means something entirely different when we’re discussing a junior high student instead of a first grader. They’ve changed.

We think of peer pressure as something that others “put” on us, but its roots lay in our innate desire to belong– especially strong among young adolescents. “They’re creatures of the pack,” one child psychologist claimed. I realized a long time ago that if a kid is sitting in an auditorium listening to a speaker talk about how smoking synthetic marijuana can drive you crazy, while this youth happens to know that Peter over there in the third row has in fact smoked it and did not go crazy– well, who’s he gonna believe?

But if you’re reading this, I’m probably just preaching to the choir. You already know it. But we’re not the ones who’ll be making the decision.