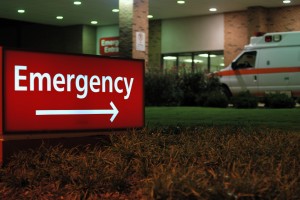 SBIRT is a national effort to identify and intervene with the alcohol and drug patient at the level of hospital and clinic. You can read more about it here.

One challenge is the prevalence of certain entrenched negative attitudes within the healthcare professions. Those attitudes are less prominent than they once were, but they’re still quite common.

I remember a night early in my career when the ER charge nurse warned against letting any alcohol or drug patients back to be seen by the physician. “Dr. X is on tonight,” she confided, “and he cannot stand them. Neither can the rest of us, of course, but he actually becomes abusive.”

Things weren’t a whole lot better for the alcoholic who made it to the general medical floors. He could look forward to being treated as a lower form of humanity. “Patch him up and discharge him,” the residents were advised. “He’ll be back in a week anyway.”

We can trace this animosity to the belief, common in medical circles, that alcoholism was self-induced  and that anyone who fell into it must have been weak-willed and irresponsible to begin with. Paradoxically, someone who dressed better and had a recent haircut was automatically excluded from the diagnosis. “He just likes to drink,” somebody would say, as if an alcoholic doesn’t.

Things weren’t much better up on the psychiatric service. At the time, most psychiatrists refused to accept them as private patients, so their only contact came during brief periods of mandatory weekend ER coverage. That’s when I was introduced to the ‘wave and bill’ maneuver. The doc waves pleasantly at the patient in passing, then beats a retreat to the chart room to document a ‘hospital visit’.

Healthcare professionals of the time had so little to offer the alcoholic or addict beyond acute detox, that it’s not hard to see why those with a genuine interest in recovery turned towards AA.

Meanwhile, we should applaud efforts such as this one, in Delaware.

More info on SBIRT in the hospital setting in this pdf from IRETA.